By Enda Mullen on 2017-12-10 - Enda is a business reporter for the Coventry Telegraph and is also the motoring editor for the Solihull News. He covers the Midlands automotive industry and in particular Jaguar Land Rover and Aston Martin product launches. He is a renowned automotive commentator. 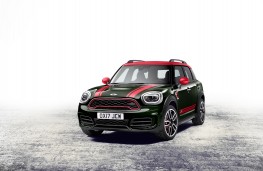 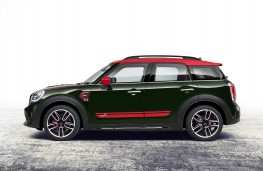 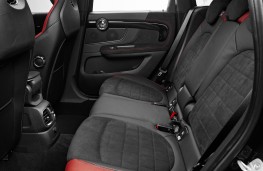 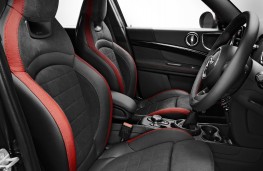 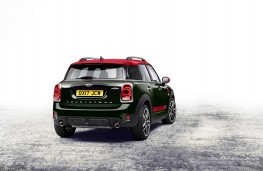 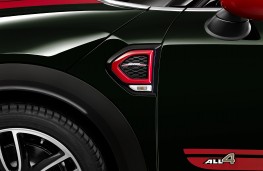 IT would be interesting to see whether BMW could stretch the magnificently malleable MINI brand to something larger than a Countryman.

Currently this is the flagship - and the largest - model in the MINI range. Could there be something even bigger to come - such as a genuine MINI SUV?

In truth it's probably unlikely - but who knows.

Indeed for many the Countryman is already way too large to be a proper MINI, and with the SUV acronym attached to it suggests this is as big as it's going to get for MINI.

One thing is for sure it is way larger than its predecessor, the first generation Countryman which fell short in some regards.

While the original looked good it failed to deliver when it came to practicality.

This version has been stretched by 20mm, which might not sound like a lot but in the automotive world it makes a huge difference.

In effect it means rear seat passengers are comfortably catered for and there's a decent amount of boot space - 450 litres.

The rear bench slides forward and back too, a particularly useful feature which means you can alter the balance of legroom and boot space.

Overall the Countryman has a proper family car feel, combined with bucket loads of style.

While it doesn't have quite the timeless compact profile of the standard hatch it's still a seriously good looking car that also offers scope for almost limitless personalisation - one of the MINI's great strengths.

MINI might not go down that full SUV route but the Countryman has a fair measure of the character of an SUV about it, with a hugely roomy cabin and elevated ride height that offers a great and commanding view of the road ahead.

It looks good from the outside but MINI interior styling is another great strength. Big circular dials dominate and hint to the original 1950s Mini but with a contemporary flourish that is both utterly modern and quite unique.

I loved the sat nav in particular and some of the funky lighting effects. With a fully specced version the instrumentation can be a little congested but it's also intuitive and easy to use.

It's a fun just looking at the dash and instrumentation, particularly those chrome toggles - never mind using it.

This range-topping John Cooper Works (JCW) Countryman is a serious contender in the hot estate or crossover segment - even if at more than Â£31,000 it doesn't come cheap.

As one might expect it benefits from a significant performance upgrade.

The standard Cooper S's 2.0-litre four-cylinder has been boosted via a new turbocharger and additional intercooler to deliver 228bhp.

As a result this sporty crossover will sprint from 0-62mph time in just 6.5 seconds and on to a top speed of 145mph.

The end result is a car that really is great fun to drive and considering it does sit relatively high off the ground remains remarkably composed and flat while cornering at considerable speed.

Well-weighted steering and a super slick-shifting six-speed gearbox complete a most satisfying driving experience, even if the ride quality does err on the firm side, as one might reasonably expect. 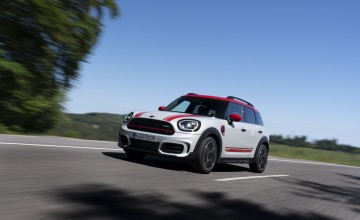