By Maxine Ashford on 2017-12-17 - Maxine has been a journalist since the late 1980s and for the past 13 years has specialised in motoring. Former motoring editor at Media Wales responsible for the Western Mail, South Wales Echo, Wales on Sunday. Freelance since 2009, Maxine loves cars but not quite as much as rugby! 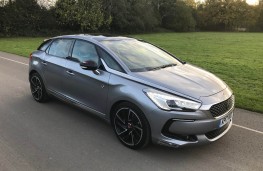 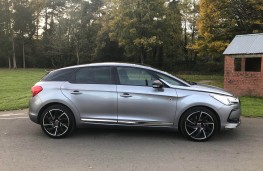 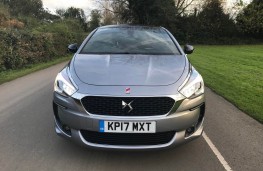 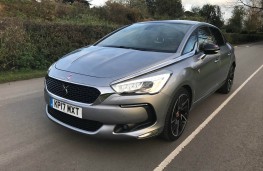 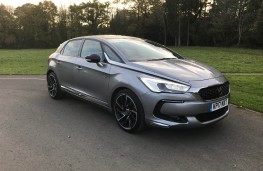 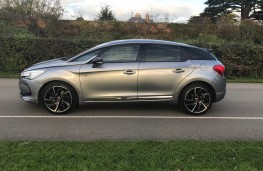 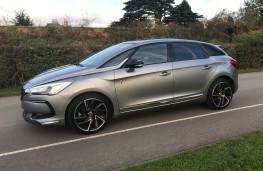 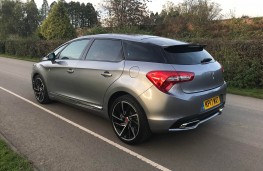 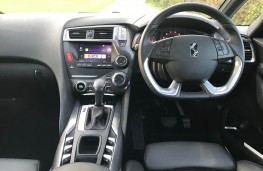 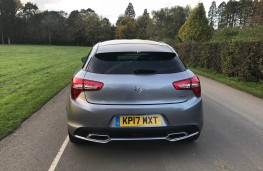 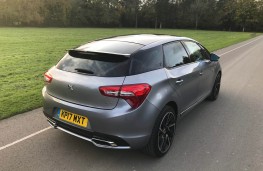 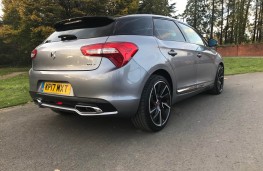 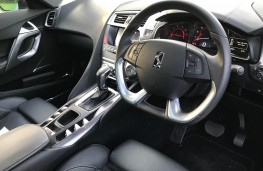 YOU have to admire companies that really give it a go and that's exactly how the latest DS marque came about.

It was developed as the premium branch of Citroen just like Lexus is to Toyota or Infiniti to Nissan.

And whilst earlier DS models carried all the trademark visual effects of a Citroen right down to the distinctive chevrons, DS decided to up the stakes and branch out on its own in June 2014 albeit under the PSA umbrella.

With that adventurous step, the cars began to display their own unique identity and whilst we are still awaiting the first all-new DS model to arrive in the shape of the DS 7 Crossback next year, the existing cars have been brought into line with the new look.

One feature I wasn't quite so keen on though, which really is a matter of taste, were the red, white and gold performance stripes on the top of the rear window, bonnet and on the door mirror caps - they looked a little bit like an after-thought.

Step inside and there is a wealth of on-board technology to explore, but it can be somewhat overwhelming.

Sometimes less is more and whilst we have moved towards clutter-free interiors with most operations carried out via a touchscreen, the DS5 is loaded with buttons, switches, dials and a massive overhead console system that, when it was launched looked amazing and resembled a fighter jet cockpit, but sadly is looking a tad dated these days.

Techno treats are plentiful though and include a seven-inch integrated touchscreen with sat nav, a six-speaker sound system with DAB radio, Bluetooth plus Mirror Screen and Mirror Link to connect to smartphones.

There is definitely a premium feel to the car with black leather upholstery complemented by contrast stitching and an abundance of soft touch surfaces.

The seats can be electrically adjusted and also heated to beat off that winter chill. Back seat occupants can stretch out in comfort too as there is ample leg, head and shoulder space.

When it comes to storage, the boot can swallow 465 litres of luggage and there are a number of convenient options scattered throughout the cabin such as cup holders, door pockets, a central bin under the armrest and some smaller trays.

This car, in mid-range Performance Line trim, was priced at £34,970 which included an additional charge of £600 for metallic paint.

It was powered by a 2.0-litre 180bhp diesel engine mated to a six-speed automatic gearbox and could complete the 0-62mph dash in 9.2 seconds maxing out at 137mph. According to official figures, the DS5 can deliver combined fuel economy of 62.8mpg with carbon emissions of 117g/km.

In and around town, the DS5 was agile and easy to manoeuvre as it weaved its way through the crowds. On open roads the diesel engine provided plenty of oomph and acceleration through the automatic gearbox. Although you can use the gear stick to manually shift through the gears I would have liked to have had the option of steering wheel mounted paddles.

The road-holding was excellent and this car can be pushed hard into bends with a degree of confidence. In addition, it is beautifully refined with very little road surface or engine noise filtering through into the cabin and all bumps and dips are ironed out along the way thanks to the highly efficient, yet sometimes firm suspension set-up.

It is a comfortable car to sit in and even after lengthier journeys, you will arrive feeling quite fresh. Visibility is generally good, but the wide door pillars do create a few over-the-shoulder sight issues.

DON'T be surprised if you start dreaming diamonds after driving a DS7 Crossback...

FRENCH premium brand DS is going for a wider audience with its latest DS 3...