Drive for switch to

By Ian Johnson on 2017-12-19 - Ian has been a member of Driving Force since its inception. He began his career in journalism in 1962 on the Cheshire Observer and took over the paper's motoring column in 1966. Specialist areas include classic cars, product launches and automotive comment. 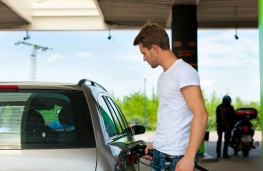 DO you drive an older less efficient diesel?

It appears that many of us do and there is a national call to replace them with the new cleaner variety.

Researchers for the country's largest automotive servicing and repair company have assessed the latest government national car population data and found that replacing all the diesel cars more than 10 years old with the latest models could save around 173 million gallons of diesel per year.

The nation's motorists are currently driving around 30.2 billion miles each year in approximately 3,476,000 diesel cars - an average of 8,676 miles each - which were first registered in 2007 or before.

With the improvement in average fuel economy over the last decade, if these same journeys were made in brand new diesel cars, the total savings which drivers would make on fuel costs would be in the region of £947.8 million per year.

There would also be a reduction in HGV traffic, as the fuel saving is the equivalent to over 20,700 full loads of the largest fuel tankers, which carry 38,000 litres each.

With the potential reduction in fuel consumption would come a significant drop in emissions as the older cars which met Euro 4 emissions limits (at best) would be replaced by those meeting Euro 6 requirements.

As recent data has show, in real-world driving conditions many cars are not meeting the relevant Euro emissions limits.

However, the researchers believe that the improvement in real word performance over the last decade mean these figures are a conservative estimate of the potential reductions in emissions from replacing diesel cars over ten years old. Indeed, the analysis is based on all the older diesels being replaced purely by cars with new diesel engines, whereas the reality is that many will be swapped for electric or hybrid vehicles.

The study by Kwik Fit found that only a third of diesel owners would buy another diesel vehicle when they replace their current model.

With many drivers indicating that they may switch to petrol for their new car, the researchers assessed the impact of swapping diesels over ten years old for new petrol models.

If this switch was made, there would be an even greater saving in emissions over the same mileage, with the level of NOx falling by 9.2 million kg.