By Chris Russon on 2017-12-21 - The driving force behind Eurekar. Chris heads up a team of motoring correspondents under the Driving Force banner. Prior to Driving Force becoming independent in 2010 he was Chief Motoring Editor for Trinity Mirror Regional newspapers. Chris has been writing about cars for almost 40 years. 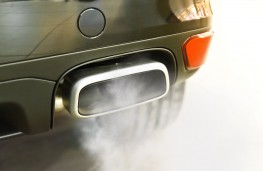 THE war on diesel engines has claimed an unintended victim - the climate.

Rising petrol car sales have pushed overall CO2 emissions from cars up for the first time in 14 years.

Department for Transport figures uncovered by online car retailer Buyacar.co.uk show that the average new car sold in 2017 produces more CO2 than one sold in 2016, reversing a continuous decline in emissions of the greenhouse gas since the figures were first published by the government in 2003.

Industry analysts have attributed the rise to the slump in sales of diesel cars which are generally more efficient, and produce less CO2, than an equivalent petrol model.

After recent tax rises, the threat of widespread inner-city charges for older diesel cars and new findings about the harmful effects of fumes diesel sales have already declined by 16 per cent this year.

Any rise threatens to derail the government's ambitious climate change targets and ministers have previously warned that they will "intervene firmly" if emissions reductions continue to stall.

Official government statistics for the first 10 months of 2017 show that the average new car produces 121.1g of CO2 per kilometre. The full annual figure is on course to exceed the 120.3g/km recorded last year.

The information is based on data on new car registrations, collected by the Driver and Vehicle Licensing Agency (DVLA).

"Many customers now tell us that they're avoiding diesel even if it means spending more on fuel" said Austin Collins, managing director of BuyaCar.co.uk.

"Although switching to petrol makes good financial sense for some - especially with plenty of economical petrol, hybrid or electric cars available - diesel's fuel economy still makes it a good option for long-distance drivers or SUV buyers at the moment."

Car manufacturers are under pressure to meet an EU target of cutting average car CO2 emissions across the industry to 95g/km by 2021, but the recent backlash against diesel has shattered their strategy of meeting the target by selling more efficient diesel cars.

Although sales of new electric and hybrid cars have increased by 35 per cent this year, this only represents an extra 28,611 cars compared with 2016.

The number of new diesel cars sold has fallen by more than 190,000.

"If industry is to meet challenging CO2 targets getting more of the latest low emission diesels on to our roads is crucial, as they can emit 20 per cent less CO2 than the equivalent petrol models," says Tamzen Isacsson, director of the Society of Motor Manufacturers and Traders.

A Department for Transport spokesman said: "We will seek to maintain ambitious targets and our leadership position, and intervening firmly if not enough progress is being made.

The International Council on Clean Transportation (ICCT), a research group that has led the campaign against harmful diesel emissions, said that advanced petrol engines, as well as electric and hybrid technology could cut CO2 emissions without the need for diesel.

"Quite a lot of petrol vehicles do not use the latest technologies available and still have higher CO2 emissions than comparable diesel cars," said Peter Mock, managing director of ICCT Europe.

He added that the increasing popularity of tall and heavy sport utility vehicles (SUVs), which are generally less fuel efficient than hatchbacks, had made a significant contribution to the rise in average CO2 emissions.