By Mike Torpey on 2017-12-28 - Driving Force news editor and responsible for organising our daily output. He was staff motoring editor of the Liverpool Echo for 20 years. 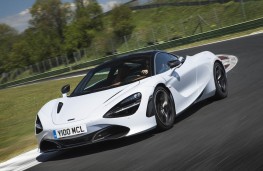 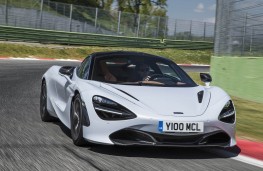 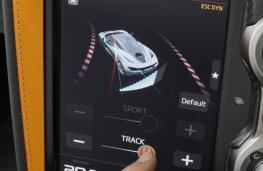 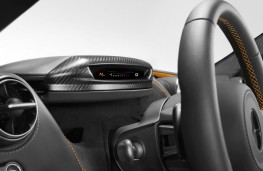 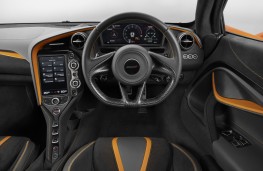 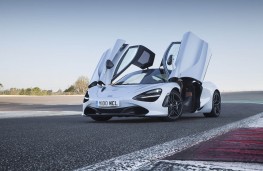 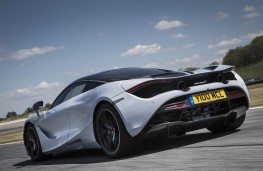 IT'S one of the most exalted creatures on the planet - lightning fast, super efficient and deadly.

Mere mention of the name Great White Shark can send a shiver up the spine as visions of a 2.5-ton torpedo-shaped killing machine enter the mind's eye.

And what better design model for the stylists at McLaren to use for its latest supercar than this menacing yet beautifully elegant master of the seas.

McLaren may be best known for its Formula 1 pedigree - 182 Grand Prix race wins and a dozen world championships - but in recent times it has also been a privately owned manufacturer of cars that include models valued well in excess of Â£1 million.

Now, just seven years after the inception of McLaren Automotive, the Woking-based brand is entering a new era as it replaces a model line for the first time, and with it raises the stakes in the supercar arena.

Its latest arrival, the McLaren 720S, is the new flagship of the company's Super Series - the supercar family at the heart of the brand.

As reflected in its name, the newcomer delivers a volcanic 720bhp - capable of blasting the supercar to 62mph in just 2.9 seconds, to 124mph in 7.8 seconds and on to a top speed of 212mph.

Braking is equally impressive, the lightweight 720S coming to a halt from 124mph in just 4.6 seconds, in the space of 117 metres.

It all comes courtesy of a 4.0-litre twin-turbo V8 engine which has 41 per cent new parts compared to the 3.8-litre unit that continues to feature in the McLaren Sports Series.

A design feature in the new model is the absence of radiator intakes on the side of the car, a function now carried out by the "double-skin" aerodynamic form of the doors, which channel air to the radiators that cool the mid-mounted engine.

Every road car built by McLaren since the F1 in 1993 has had a carbon fibre chassis, something that underpins the construction of the new 720S.

And at the press driving exercise came a promise from McLaren that, despite its thunderous degree of power, the car would prove it could be comfortably, efficiently and pretty effortlessly driven just like any more mainstream vehicle.

So the countryside of middle England rather than a high-speed racetrack became the testing ground for the 720S - and it proved a revelation.

Hopping in and out once those space age butterfly doors are opened can be challenging for anyone with a bad back or dodgy hip, but once in place both driver and passenger will find the cockpit to be a cosseting and engaging place to reside.

The performance figures speak for themselves, though it's worth emphasising that throttle response has been calibrated to deliver the best blend of instant reaction and progressive control, hardwiring the driver to the powertrain in the process.

Its character can be altered using an Active Dynamics Panel located in the centre console, with a choice of Comfort, Sport or Track modes, the latter ensuring ferociously quick gear changes while Comfort provides more relaxed shifts for gentler pottering.

And a new generation of McLaren's Proactive Chassis Control, new suspension and the power-assisted steering, combine to deliver the car's grip, balance and performance, while the hand-crafted cockpit with its fine leathers and machined aluminium features the new McLaren driver interface, which comprises a folding driver display and infotainment screen.

Prices are Â£208,600 for the standard 720S and Â£218,020 for the 720S Performance and Luxury variants, though there are plenty of extras on the options list - our test model had the best part of Â£48,000 worth of added goodies ranging from twin-spoke forged lightweight wheels with titanium liquid metal finish for £3,080 to a nose-lifting function that helps with access to car parks.

On returning home my daughter asked me whether I would prefer to be given a supercar or a racehorse.

Interesting one that, and definitely a gamble in there somewhere. What's certain is that the right supercar is certain to appreciate in value, whereas the nag could turn out to be a Derby winner - or a dud. 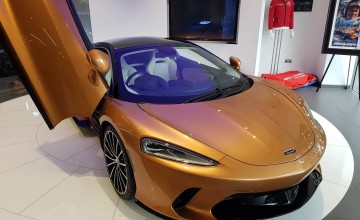 THE supermodel described as being ‘designed for the journey' has set out on...