BMW baby a beaut of 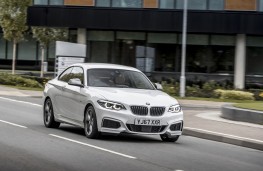 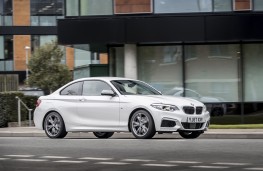 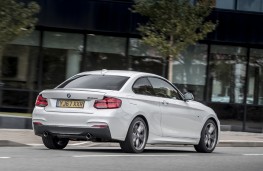 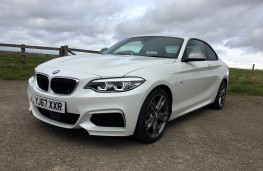 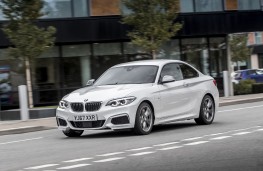 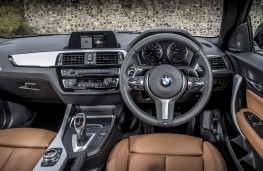 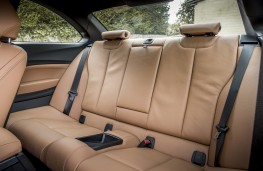 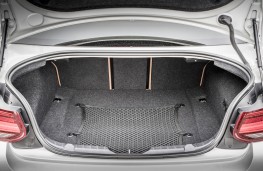 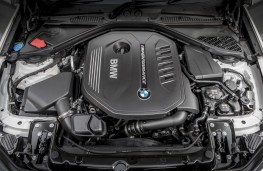 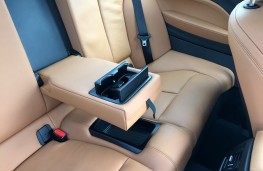 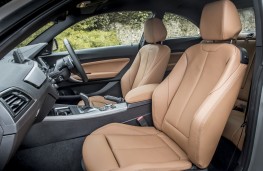 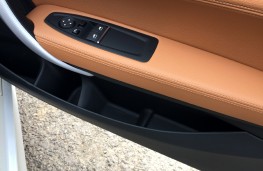 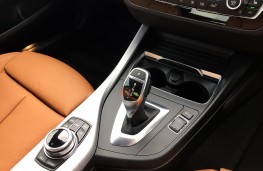 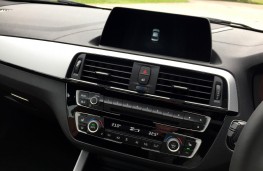 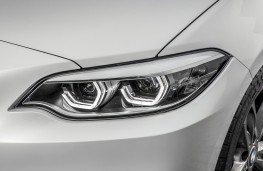 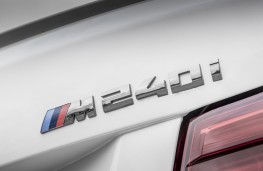 BMW'S baby coupe has had a makeover taking it into 2018 with a new look inside and out.

Almost four years after it first arrived in the UK, the BMW 2 Series has been updated with a fresh appearance at the front and a heavily revised interior.

A larger grille and more pronounced front air intakes now finished in black gloss give the car added presence while LED headlights are now standard across the range.

The most significant changes are on the inside where there is a completely new dashboard featuring BMW's latest ID6 navigation system first seen on the latest 5 Series.

It looks much more contemporary than before and the update is finished off with a cleaner looking instrument panel as well as new seat coverings and trim.

Underneath little has altered and the 2 Series - available in both coupe and convertible body styles - remains a proper driver's car.

Its dynamics are out of the top drawer and get better the more power pushed through the frame.

With extras including a Harman Kardon hi-fi, adaptive front headlamps, adaptive cruise control and an eight-speed sports auto gear box this particular model tipped the scales at more than Â£42,000 - proper money for a car that punches above its weight.

Top speed is capped at 155mph and 0 to 60 acceleration is a very brisk 4.6 seconds - a smidgen off that of the mighty M2, BMW's micro-muscle machine.

That's all part of an M Performance package which sees the car powered by a six cylinder, 340bhp 3.0-litre engine - a hefty amount of power for a car that weighs in at a shade over 1.5 tonnes.

Driven enthusiastically there is a huge amount of fun to be had although and the power delivery can be very rapid.

BMW claims an official fuel return of 39.8mpg with emissions of 163g/km (that's better than the manual version) and we averaged close on 32 to the gallon which is nothing to complain about given the performance.

A multi-mode drive system varies the car's set up from sport through comfort to eco and in its liveliest configuration the exhaust note bellows out into a growl.

Paddle shifters are fitted for rapid manual changes and in every aspect this is a rapid and rewarding coupe that lives up to the BMW motorsport pedigree.

For a relatively small coupe, rear seat space is satisfactory and can accommodate adults in moderate comfort while boot capacity is a fair-sized 390 litres.

Other storage space includes long and sensibly designed door pockets which are divided into separate compartments while cup holders and a 12-volt power outlet can be found in the centre console under a roller shutter.

As far as little coupes are concerned the 2 Series is deceptively room and exceptionally well appointed and a fine car in which to go touring.

Like the 1 Series models on which the coupe and convertible models share their underpinnings they may be the babies of the Bavarian car maker's range but they are true to BMW's values to the core and the M240i is as hard core as they come.