By Ian Johnson on 2018-01-02 - Ian has been a member of Driving Force since its inception. He began his career in journalism in 1962 on the Cheshire Observer and took over the paper's motoring column in 1966. Specialist areas include classic cars, product launches and automotive comment. 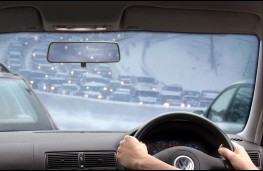 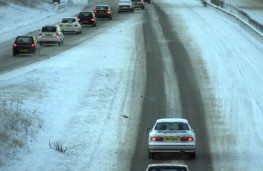 IN a world when pressures on employees are mounting, there is a strain of misplaced priorities creeping into the daily commute.

It seems that more than a million drivers are more worried about being late for work than sliding on icy roads, getting stuck in deep snow or other dangerous weather conditions, according to new research from AA Cars, the AA's used car website.

The AA-Populus poll, which surveyed over 18,500 drivers, found that although this winter has already seen snow and temperatures drop below -10C, less than a fifth of drivers' biggest concern is sliding on icy or snow-covered roads.

The latest Government data reveals that 7,327 people were injured or killed in one year due to slippery roads.

On top of this, just six per cent of motorists consider snow to be the biggest danger to their driving in the upcoming wintry months and only five per cent are most concerned about the possibility of a breakdown.

The top concerns centre around other drivers on the road. Motorists have little faith in others behind the wheel, with a quarter of drivers' (26 per cent) biggest concern that others will be going too fast for the conditions.

Over a third of motorists (35 per cent) are most concerned about encountering drink drivers even though much tougher penalties against those driving under the influence were announcedearlier this year.

The UK's youngest motorists appear to be considerably more concerned about driving in adverse weather conditions, with nearly four in 10 16-24-year-olds believing the threat posed by icy roads is most worrying, compared to just 13 per cent of over 65s.

Simon Benson, director of motoring services at AA Cars says: "Drivers are so focused on the day-to-day, such as getting to work on time, that they sometimes miss the bigger picture.

"If early weather reports are anything to go by this could be one of the harshest Christmases in recent history."

To me the fact that we have had such a run of mild winters has lulled us into a state of false security.

There are many drivers out there who have never faced really tough conditions or been cut off on a lonely road in snow.

Simon Benson is right - a look at the big picture may just ease the discomfort of bolshy boss giving an icy stare when the clock says half an hour late. 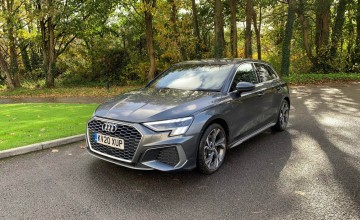