By Chris Russon on 2018-01-05 - The driving force behind Eurekar. Chris heads up a team of motoring correspondents under the Driving Force banner. Prior to Driving Force becoming independent in 2010 he was Chief Motoring Editor for Trinity Mirror Regional newspapers. Chris has been writing about cars for almost 40 years. 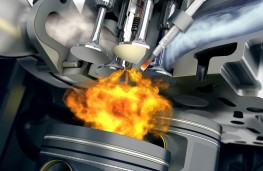 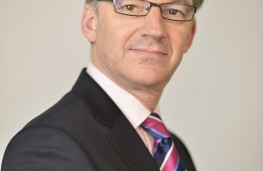 NEW car sales in Britain slumped by 5.7 per cent in 2017 as consumer confidence fell and the war on diesel bit hard.

Demand for diesel models crashed by 17.1 per cent to just over a million as fears about air pollution took their toll.

The fall was only partially offset by a 2.7 per cent growth in the number of petrol cars registered which reached 1,354,917.

Only SUVs and crossovers bucked the trend and so did demand for electric cars which achieved record levels with almost 120,000 so-called alternatively fuelled vehicles (AFVs) hitting UK roads.

Hybrids and plug-in electric models accounted for 4.7 per cent of new car registrations making the UK the largest market in Europe for such vehicles.

Despite the drop, the Society of Motor Manufacturers and Traders said the new car market in Britain was second only to Germany within the EU.

And several brands reported record sales in the UK, among them British supercar makers Aston Martin and McLaren along with Mercedes-Benz, MG, Kia and Suzuki.

Last year's figures mark three consecutive years of registrations topping the 2.5 million mark and the overall performance in 2017 was third highest in the past decade.

Mike Hawes, SMMT chief executivesaid: "The decline in the new car market is concerning but it's important to remember demand remains at historically high levels.

"More than 2.5 million people drove away in a new car last year, benefitting from the latest, safest, cleanest and most fuel efficient technology."

And he cautioned that the anti-diesel rhetoric would lead to rising CO2 levels and increased costs for motorists.

"Falling business and consumer confidence is undoubtedly taking a toll, however, and confusing anti-diesel messages have caused many to hesitate before buying a new low emission diesel car," said Mr Hawes. "Keeping older vehicles on the road will not only mean higher running costs but will hold back progress towards our environmental goals."

The SMMT says that diesel cars remain the right choice for many motorists - especially those who travel longer distances - with lower CO2 and better fuel economy and newer models have dramatically reduced air quality emissions.

"Consumers should be encouraged to buy the right car for their lifestyle and driving needs irrespective of fuel type - whether that be petrol, electric, hybrid or diesel as it could save them money," added Mr Hawes.

According to the SMMT, drivers of diesel-powered family vehicles, SUVs and executive cars can save an average of between £300 and £400 a year on their fuel bills. Across all body types, the average is £132 a year- equivalent to an average household's quarterly electricity budget.

The collapse of the diesel market continued last month with figures down 31.1 per cent as overall registrations continued to slide, down 14.4 per cent to 152,473 models.

Last year's top selling car was again the Ford Fiesta with 94,533 sales, followed by the Volkswagen Golf, the Ford Focus and the British-built Nissan Qashqai.

Overall, SUVs and crossovers accounted for more than 450,000 registrations in 2017 - almost 20 per cent of the entire market and double that of five years ago.