By Ian Johnson on 2018-01-06 - Ian has been a member of Driving Force since its inception. He began his career in journalism in 1962 on the Cheshire Observer and took over the paper's motoring column in 1966. Specialist areas include classic cars, product launches and automotive comment. 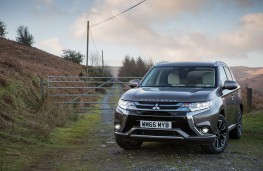 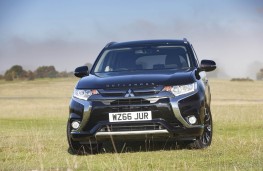 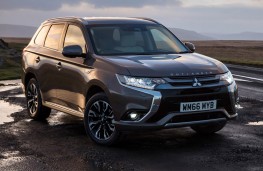 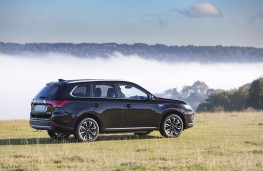 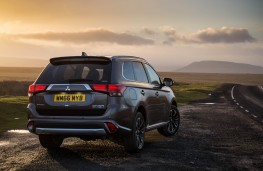 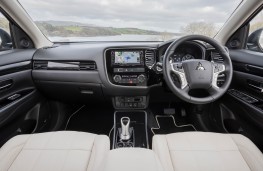 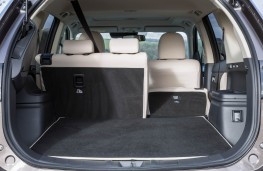 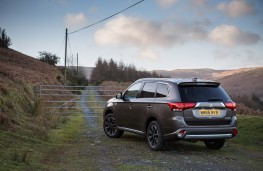 EVOLUTION has always been a core quality of Mitsubishi vehicles.

And this is especially true of its plug-in hybrid pioneer, the Outlander PHEV SUV which, although relatively new has already started to move with the times.

Introduced in 2014 as a major building block in the ultra-low emission vehicle segment, the Outlander PHEV soon became the UK's best-selling Plug-in Hybrid Electric Vehicle, notching up 10,000 sales in the UK within the first ten months and amassing a total sales figure of 26,600 by the end of 2016.

This is one of those vehicles in which a petrol engine is allied to plug-in and self-generated electric power so that even if the electric only range runs out you will not be stuck because the petrol engine carries on regardless and charges the batteries too.

The Outlander PHEV was developed from the ground up to be driven by either an internal combustion engine or hybrid technology and as a result there are no compromises in terms of packaging, practicality or driving dynamics.

It offers the best pure EV range of any of its competitors, has the lowest emissions of any all-wheel-drive vehicle and became the only all-wheel-deive (AWD) vehicle to utilise electric power to drive both front and rear wheels for superior traction both on and off the road.

At its unveiling it was the only plug-in hybrid to offer rapid charging (up to 80% in approximately 25 minutes) and adjustable regenerative braking, which is controlled via the steering wheel paddles to further enhance the driving experience.

Already extensively revised in 2016, Outlander has been improved yet again in terms of technology, safety and dynamic performance.

It introduces a new EV Priority Mode across all variants. The new EV switch is located below the four-wheel-drive (4WD) button and once activated, it allows the driver to operate the vehicle in EV mode without the engine starting, provided there is sufficient charge in the batteries. An electronic parking brake is also new to the 2017 Outlander PHEV, as well as the brake auto hold button function.

The powertrain and chassis have been revised with new dampers and rear suspension bushes, making it a quieter and more refined to drive than ever. Rapid charging has also been improved, reducing its charging time to 80% from 30 minutes to approximately 25 minutes, and its pure electric range is increased to 33 miles, up from 32 miles.

In its latest guise, Outlander PHEV also delivers more performance with improved acceleration in EV mode compared to its predecessor. CO2 emissions have also been lowered by 1g/km to 41g/km, with an average weighted fuel consumption of 166mpg - a 6.4 per cent increase versus the previous version.

There is also Blind Spot Warning and Rear Cross Traffic to assist the driver when reversing out of a space. For example, if traffic is coming from the right, the icon located on the right-hand mirror will light up, accompanied by an audio alert.

A four-spoke heated steering wheel, with a thick high-grip rim is a real winter treat and leather trim and multiple control switches, gives a true premium feel to the car.

With a low centre of gravity and fine weight distribution this is a smooth driving experience enhanced by a quiet 2.0-litre petrol engine and a seamless transition between three driving modes - EV, series hybrid and parallel hybrid.

It offers adaptive four-wheel drive with twin electric motors driving the wheels. The front and rear axles are each equipped with their own high-output motor to deliver excellent acceleration while maintaining responsive 4WD performance.