By Ian Johnson on 2018-01-10 - Ian has been a member of Driving Force since its inception. He began his career in journalism in 1962 on the Cheshire Observer and took over the paper's motoring column in 1966. Specialist areas include classic cars, product launches and automotive comment. 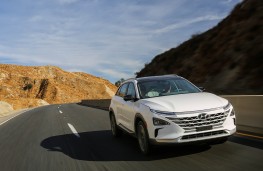 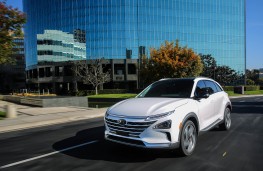 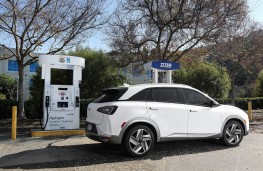 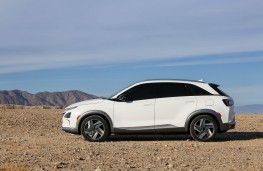 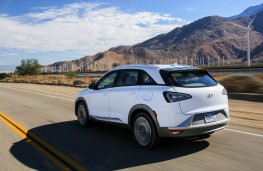 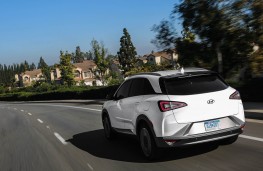 WHILE many car manufacturers seem to be banging on about plug-in electric cars and hybrids, Hyundai has waded in with the announcement that a hydrogren fuel cell electric vehicle will form a major part of its future strategy.

The model will be named NEXO and will be technological flagship of Hyundai's growing eco-vehicle portfolio.

The NEXO will spearhead Hyundai Motor's plans to accelerate development of low emission vehicles, in line with Hyundai Motor Group's renewed goal of introducing 18 eco-friendly models to global markets by 2025.

This model is Hyundai's second-generation of commercialised fuel cell electric vehicle that will be available in select markets around the world starting in early 2018.

Improving upon the acclaimed ix35 FCEV, the NEXO has an estimated driving range of 500 miles (NEDC) - 134 miles more than its predecessor. Acceleration and power have increased to improve the overall performance.

Designed to handle extreme temperature and environments, the NEXO testing has proven that the vehicle is capable of starting after being subject to overnight temperatures of -20 degrees Fahrenheit. NEXO boasts cold start capability within 30 seconds which is an industry-leading achievement and the fuel cell system warms up faster for maximum performance.

Improvements in the air supply system, performance at high altitudes and refueling times, along with overall efficiency and fuel economy put the NEXO in a class all its own. In addition the NEXO has improved power density and durability comparable with petrol-powered vehicles.

For the first time, Hyundai's fuel cell vehicle is built with a dedicated vehicle architecture.

Hyundai's Blind-spot View Monitor is an industry-first technology. It shows drivers on a central cluster screen the rear and side views of the NEXO using cameras while changing lanes in either direction.

The system uses wide angle surround view monitors (SVM) on each side of the vehicle to monitor areas that cannot be seen by a traditional rear view mirror. Hyundai is the first automaker to provide drivers with simultaneous video imagery in such a way from both sides of the vehicle. 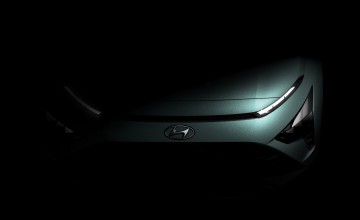 HYUNDAI has released teaser images of its all-new compact crossover SUV, the... 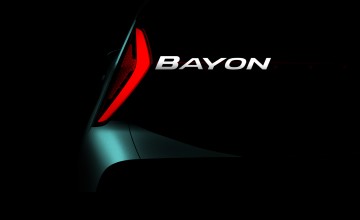 HYUNDAI has announced its new small SUV will be called the Bayon and it will be...