By Stewart Smith on 2018-01-11 - Stewart was the former motoring editor of the Coventry Telegraph and is now a freelance contributor to Eurekar. He is based in Scotland and specialises in First Drive reviews. 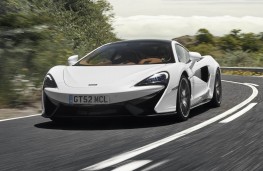 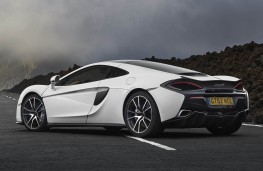 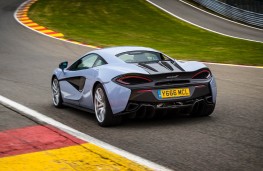 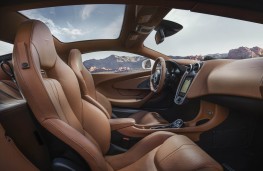 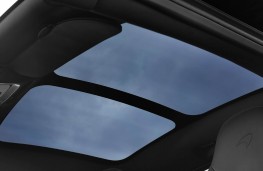 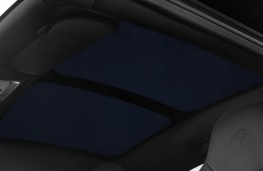 McLAREN has introduced new features to enhance its 570 Coupe and GT Sports Series models to align them with the 570S Spider launched last year.

The 570GT gets the most changes with carbon-ceramic brake discs now standard-fit and a sport pack also introduced, allowing the car to be specified with the same settings as the 570S Coupe and Spider.

As McLaren's most luxurious and refined Sports Series model, the 570GT offers a more relaxed drive than the 570S Coupe.

Suspension spring rate stiffness is lower and there is a reduction in steering ratio for improved stability at higher speeds.

The 570GT Sport Pack comes with a combination of component and calibration changes. The steering rack, damper actuators and uprights are the same as those fitted to the Coupe and Spider, and the adaptive damping, steering and electronic stability control are of the same ‘S' tune.

On the personalisation front, McLaren is now offering a wider choice of Sports Series options developed by its Special Operations unit, including an electrochromic roof with driver-controlled variable tint on the 570GT. Using an electric current to trigger a change in the opacity of the glass through a range of settings, the electrochromic roof is said to be particularly beneficial in very hot, sunny conditions.

The Track Pack option remains available on the 570S Coupe and can now be specified with an increased choice of six 'Alcantara By McLaren Designer Sport' interiors. The 12mm taller rear spoiler introduced last year with the Track Pack is now standard on all Sports Series Coupe models.