By Chris Russon on 2018-01-12 - The driving force behind Eurekar. Chris heads up a team of motoring correspondents under the Driving Force banner. Prior to Driving Force becoming independent in 2010 he was Chief Motoring Editor for Trinity Mirror Regional newspapers. Chris has been writing about cars for almost 40 years. 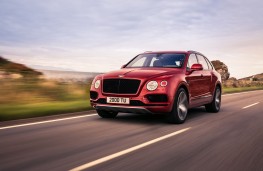 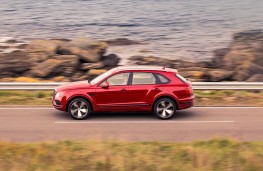 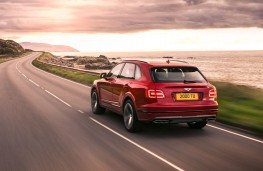 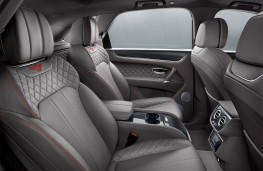 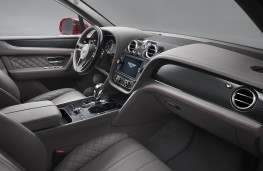 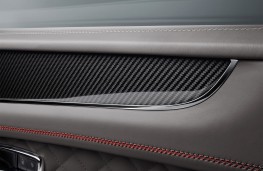 BENTLEY is expanding its Bentayga SUV line up with the introduction of a V8 petrol version claimed to be the sportiest model in the range.

With a 0 to 60 acceleration of 4.4 seconds and a top speed of 180mph the V8 almost matches the W12 for performance and fuel economy is rated at 24mpg with emissions of 260g/km.

Bentley says the new 4.0-litre twin turbo engine enhances the allure of its 3.2 tonne SUV with a distinctive V8 burble emanating from its twin-quad exhausts.

New styling features inside include a wood and hide steering wheel and the introduction of a high-gloss carbon-fibre interior panel finish.

Developing 542bhp the Bentayga V8 is fitted with stop/start and a cylinder cut out device to aid economy giving the huge SUV a theoretical range of 464 miles with an 18.7 gallon fuel tank.

For the first time, Bentley is offering carbon-ceramic brakes as an option on the Bentayga.

The braking system is the largest and most powerful ever fitted to a Bentley, and the largest front brake system available on any production car.

The brake discs measure 440 mm in diameter at the front and 370 mm at the rear, and sit inside enormous Bentley-branded calipers, with 10 pistons at the front. Together these provide a maximum braking torque of 6,000 Nm.

Also introduced on the Bentayga V8 are sporting red brake calipers for the front and rear standard iron brakes.

As with other versions of the Bentayga, the V8 is available in either four, five or seven seat configurations with cargo space ranging from 484 to 1,774 litres for the five seater.

A VERSION of Bentley's Bentayga has recently been officially declared the...

YOU could be forgiven for thinking that the last thing Bentley buyers might be...