By Chris Russon on 2018-01-19 - The driving force behind Eurekar. Chris heads up a team of motoring correspondents under the Driving Force banner. Prior to Driving Force becoming independent in 2010 he was Chief Motoring Editor for Trinity Mirror Regional newspapers. Chris has been writing about cars for almost 40 years. 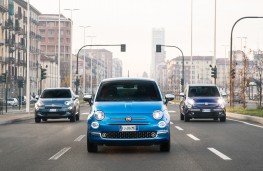 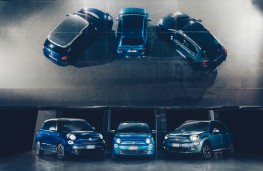 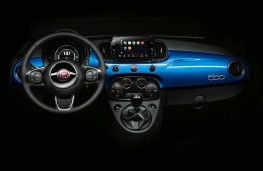 FIAT is upgrading technology on its 500 series models with a limited edition range of Mirror models.

As well as adding new blue paint jobs to the ranges, the 500 Mirror cars come with Fiat's latest Uconnect system which features a seven-inch touchscreen, compatibility with both Apple and Android smartphones and an app which includes services such as accident recovery and speed alerts.

The app - developed by Fiat Chrysler's Mopar parts division - is a first on Fiat cars.

Other features provided by the app include locating the vehicle in case of theft by detecting that the car is moving without a key and alerting the operations centre, sending an alert if a certain speed limit is exceeded or if the vehicle leaves a zone previously delimited on a map.

The system also shows the position of the car when parked and can be used to view information on its conditions, such as fuel level, battery charge and tyre pressure.

Fiat says the Mirror models will be coming on stream in February.