By Mike Torpey on 2018-01-22 - Driving Force news editor and responsible for organising our daily output. He was staff motoring editor of the Liverpool Echo for 20 years. 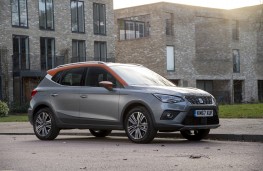 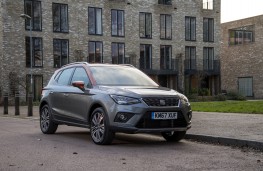 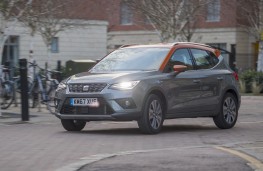 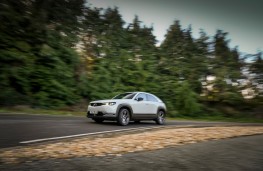 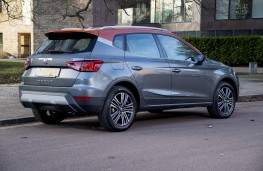 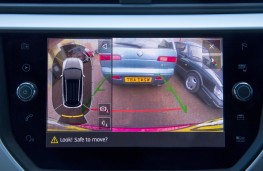 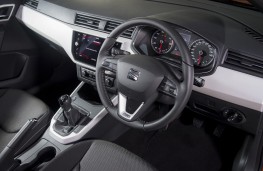 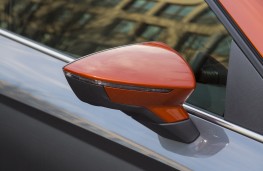 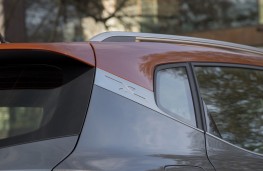 SPANISH car maker SEAT is in the throes of the largest new model offensive in its history - and what's arguably the most important piece of the jigsaw has just slotted into place.

The new Arona represents the first assault on the burgeoning compact crossover scene by a Volkswagen group company and looks a hot ticket for extending SEAT'S record-breaking sales boom.

If people were in any doubt that the brand is on a steep upward curve, then an 18 per cent boost in sales last year - the exact figure was 56,130 cars - against a backdrop of an industry on the slide, should puts things into perspective.

And the bandwagon hasn't stopped rolling either. SEAT is committed to launching six new models by 2020, including its first electric car and, later this year, a large SUV with seven seats.

For now though it's the new Arona, baby brother to the mid-size Ateca launched 16 months ago, that's taking centre stage with a style not too dissimilar to its popular sibling.

A young, vibrant audience is the central target for a car that looks the business with its elegant lines and raised driving position and seems ideally placed to shine in a fast-growing arena that's already offered rich pickings for the likes of the Nissan Juke, Renault Captur and Peugeot 2008.

Prices are from £16,555, which includes metallic paint and a contrast colour roof, and there are six trim grades named SE, SE Technology, FR, FR Sport, Xcellence and Xcellence Lux, plus a pair of First Edition models.

Interestingly, SEAT has found that some 90 per cent of its customers add at least one option when ordering a new car, so these have been included when planning the contents of each trim level.

Whether it's a sporty feel or a bit more comfort, the idea is to provide a spec that holds either significant ciustomer or residual value - to the point that even the most basic SE trim comes extensively kitted out.

So stuff like a Driver Pack - of cruise control, hill hold and tiredness recognition - LED daytime running lights, air-con, a double boot floor and remote central locking along with a media system with colour touchscreen are there at the base level.

SEAT is also turning the spotlight on personalisation with this new crossover, with nine body colour options up for grabs along with three roof colour choices - the combination of Monsoon Grey with contrasting Eclipse Orange roof looking especially effective.

Power comes via a trio of petrol engines comprising 1.0-litre TSI units with 95 or 115ps, the latter available with both manual and DSG twin clutch transmission, plus a more fiery 150ps 1.5 TSI EVO exclusive to the FR trim.

Diesels see SEAT's 1.6 TDI also available with 95 or 115ps and five-speed manual or DSG and in the more powerful of the pair there's a six-speed manual box.

The driving exercise was based in Cambridge and featured town and country driving - including a 90-mile route skirting Newmarket racecourse and into The Fens.

The model we tried featured the 1.0-litre 115ps petrol engine SEAT expects to prove the best seller. It has an official combined fuel return of 57.6 miles per gallon with CO2 emissions of 113g/km, so our own consumption figure of 49.0 was certainly acceptable.

Light and agile with plenty of punch available from kickdown, the Arona proved aboth an enjoyable and rewarding small SUV to drive.

On the other hand all Arona models are all front-wheel drive, so 4x4 isn't an option, and while there's ample space for long-legged adults in rear along with a 400-litre boot, there are some brittle plastics plus a plasticky panel across the dash which does the car no favours.

And when the tab for the tested Xcellence First Edition is £22,235, you could expect better quality.

That said, the Arona - named after a town on Tenerife in the Canary Islands - has lots of appeal, whether it be from the edgy styling now a hallmark of SEAT models or from the generous level of kit provided.