By Chris Russon on 2018-01-22 - The driving force behind Eurekar. Chris heads up a team of motoring correspondents under the Driving Force banner. Prior to Driving Force becoming independent in 2010 he was Chief Motoring Editor for Trinity Mirror Regional newspapers. Chris has been writing about cars for almost 40 years. 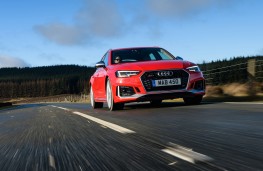 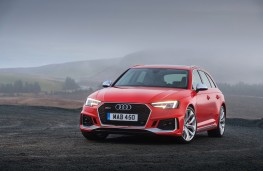 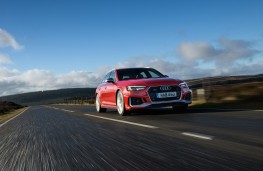 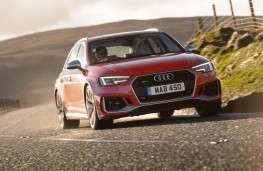 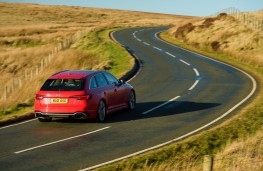 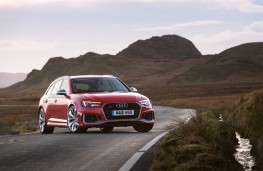 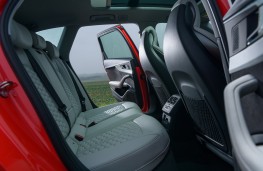 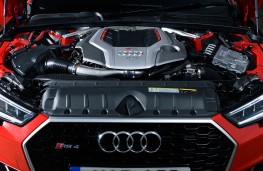 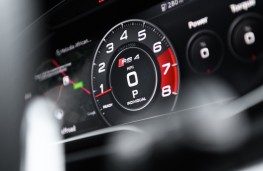 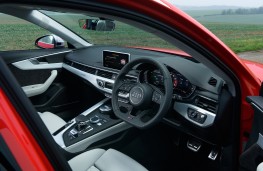 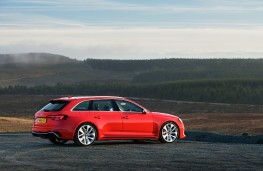 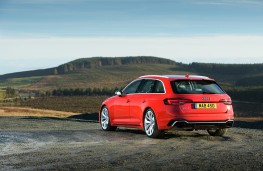 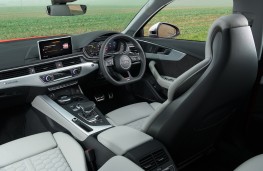 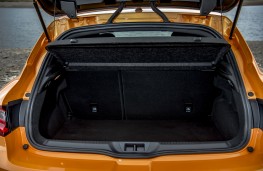 THE latest Audi A4 set a new benchmark when it first came on the scene and now it's time to up the ante with a high performance RS 4 model.

Come March an all-new RS 4 Avant will be launched and it is the most potent Audi has produced.

Out goes the 4.3-litre V8 which powered the third generation of Audi's legendary super-quick estate and in comes a 2.9-litre twin turbo V6 engine which frankly, knocks the old one into a cocked hat.

Acceleration is cut by more than half a second to just 4.1 seconds and the top speed - when unfettered - is 174mph making the new RS 4 red hot property.

Those are blistering credentials in anyone's book and come as a result of an optional performance pack which adds Â£1,450 to the Â£62,175 base price of the quickest mid-sized estate on the market.

Without it the RS 4 is restricted to a mere 155mph but the rest of the impressive statistics still stack up.

That includes an official fuel return of 32.1mpg with emissions of 199g/km. Compared to the 26.4mpg of the previous model that's top class for a car of such performance and the real world figure will be not far from it.

On our drive in the new RS 4 Avant we managed to average 27 to the gallon - and that was without placing restriction on exploiting the newcomer to the full on British roads.

Weighing in at some 80kg lighter than the last RS 4 the new model sits more than an inch lower than the standard A4 Avant and comes with uprated suspension.

It's also more than two inches longer and an inch wider which is down to delightfully conservative body styling that conveys the might of the car only from subtle badging, a mesh grille and twin oval exhaust nacelles.

Boot space, if such practical features are important on car like this, is also increased to 505 litres - a whole suitcase more than the 455 litres available in the mark three version. Fold down the back seats on the new one and you have 1,510 litres of space to play with.

Ceramic brakes for added stopping power, dynamic ride control and a specially tuned RS steering set up are other options and so is a sports exhaust that emanates a wonderful noise under acceleration.

Pack it all in and the RS 4 we tried tipped the scales just shy of £78,000 but to keep things sweet Audi is offering a special Carbon Edition of its new fast estate with most of the sporty essentials as well as extra carbon-finish body kit for £72,175.

Where the new RS 4 scores is with its driveability which is utterly compliant whatever asked.

Keep things gently and it purrs along, unleash the power - and there's 40 per cent more torque from this new engine compared to the V8 - and the effect is astounding.

Under acceleration the feel is amazing and the soundtrack awesome. The fidgetiness that could exhibit itself in the previous incarnation is gone and the new RS 4 is a driver's delight and beautifully balanced.

With the quattro all-wheel-drive system set up to react quicker than before power can be switched from 85 per cent front to 70 per cent rear in a fraction of a second and the stability system has three stages with torque vectoring to maximise performance and grip.

The powertrain includes an eight-speed tiptronic gearbox with a rapid shift pattern - either left to its own devices or via steering wheel paddles - and a sport differential is standard fit.

The new engine - the same capacity and configuration of that of the original RS model of 1999 but massively more powerful - is 30kg lighter and that makes up the bulk of the weight saving. The rest has come from clever design and plenty of use of aluminium in the construction.

Nineteen-inch alloys are standard, 20-inch an option and the Carbon Edition model comes with milled alloys - an industry first that sees the rims cut out of a single block of aluminium rather than being forged. The result is a further eight kilo reduction in weight.

The cockpit is decked out to impress just as much as every other aspect and comes with an RS-themed instrument panel on Audi's virtual cockpit multi-mode display. The car we sampled also had a head up display - another extra at Â£900.

Only Mercedes-Benz has an estate that can be considered an alternative in the shape of the Mercedes-AMG C63 while BMW relies upon the M3 saloon to compete.

Both are hugely capable but when it comes to sheer refinement and an astonishing degree of performance then new RS 4 sets the standard - an incredible car in every department. 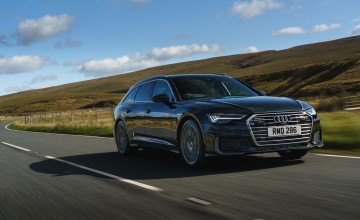 A COUPLE of things must be sorted out before you even start to understand what... 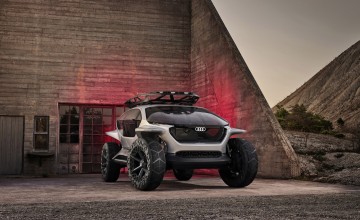 AUDI is showcasing a futuristic electric off-roader with its own squadron of...