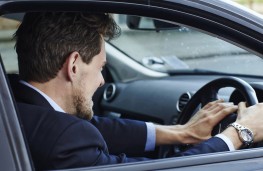 CAR parks are becoming a battleground for Britain's motorists with tempers running high when drivers abuse the rules.

Research by off-street parking organisation YourParkingSpace has revealed the extent of the anxieties being endured by the nation's drivers.

An estimated 12 million motorists have been involved in or witnessed a parking dispute, according to the study - and of those some four million have been caught up in violence when frustrations boiled over.

Whether it is wanting to fine misusers of parent-and-child parking spaces, or being involved in parking disputes themselves, car parks are becoming fraught with raw emotion.

Harrison Woods, managing director at YourParkingSpace.co.uk, said: "Our research suggests a nation at war with itself when it comes to parking.

"Brits are getting angry and frustrated for all manner of reasons. Whether it is other motorists unfairly using parking spaces when they shouldn't be, simply finding coins for a parking meter, expensive car park charges, or people who take up too much spaceâ¦the list goes on.

"Unfortunately, the result is that on many occasions tempers boil over, with the threat of physical violence never far away."

Supermarket car parks in particular are a hotbed of parking deceit, with over a half of those surveyed wanting to fine motorists who misuse parent-and-child parking spaces. More astounding was that one in 10 were baying for a temporary supermarket ban for offenders.

Harrison added: "Drivers had all sorts of cheeky excuses for parking in parent-and-child bays when they shouldn't be.

"Some were simply feeling too lazy to park further away, others thought that being in a rush was a good enough reason, while several couldn't be bothered trying to park in a smaller space. A few even had the audacity to say it was the only space available!"