By Peter Keenan on 2018-02-04 - Peter has been with the Birmingham Post & Mail since 1990 and took on the role as motoring correspondent in 2007. He has been part of the Driving Force team for more than 10 years and his reviews are used nationwide by Trinity Mirror publications. 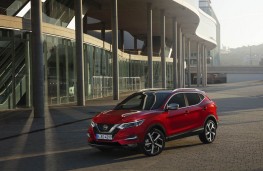 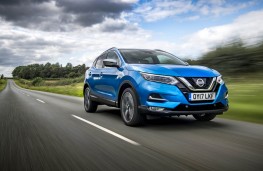 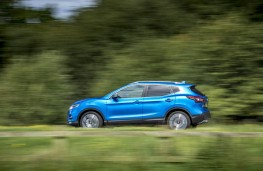 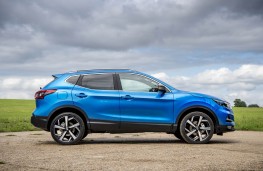 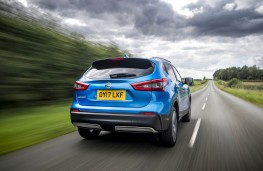 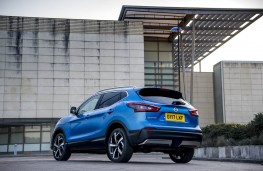 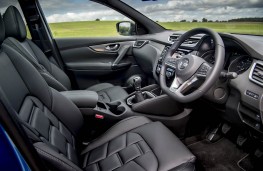 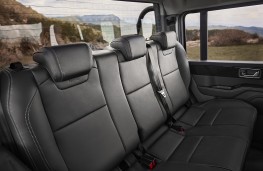 FACED with the task of updating Britain's favourite crossover, many would have gone for the safe option of a nudge here and a nurdle there.

Since its launch - credited with starting the crossover craze - around 2.3 million Qashqai's have been made at the Nissan factory in Sunderland with 450,000 of these being purchased in Britain.

It is regularly one of the nation's top sellers so there must have been an initial safety-first thought not to mend something that wasn't broke.

But Nissan are made of sterner stuff so the mid-life makeover for the second generation Qashqai pushes the boundaries.

The exterior receives a thorough revamp with a new-look bonnet, sharp nose, angular headlights and chrome bars on the grille that complements the sporty profile.

Walk round to the rear and you'll notice the wraparound LED lights and neat rear end with wide-opening tailgate.

Other neat bits of technology include automated parking, an auto hold function on the electronic parking brake, cross traffic sensors for when you are reversing, a 360-degree camera and automatic emergency braking.

It does drag the price-tag north of £30,000 but represents a quantum leap from where the Qashqai started in 2007.

Four other models are available - Visia, Acenta, N-Connecta and Tekna - and all are well-equipped with cruise control, front and rear parking sensors, daytime running lights and Bluetooth.

Step up to Acenta and you get more goodies such as climate control, while N-Connecta comes with a NissanConnect seven-inch touchscreen satellite navigation system with smartphone apps and a camera to show you what's going on at the rear when you are parking. Tekna models get additional items such as heated leather seats and roof rails.

This raft of kit is contained within a revamped cabin that is a modern and stylish individual.

The digital dials are classy while the centre console's ambient lighting also adds to the upmarket impression.

Nissan ensure good quality materials are used so everything is pleasant to the touch while also being solidly screwed together.

The Qashqai has plenty of appeal for families with lots of space - both for humans and luggage with five adults and their baggage easily accommodated in the Tekna + model's 401-litre boot. And when you need more room the rear seats fold over to extend this to 1,569 litres.

There are lots of drinks holders and cubby holes for the flotsam and jetsam two adults and three kids tend to leave in their wake.

The drive is more refined in the latest Qashqai with exterior noise persona non grata in the cabin.

It handles well - benefitting from revisions to the steering and suspension - with the front-wheel drive version I spent the week with offering good levels of grip giving confidence in corners.

It is equally adept on the motorway or barrelling down a country lane making it a great all-rounder.

The 1.6-litre diesel is a punchy individual with 130ps on tap resulting in a 0 to 60mph time of a shade under ten seconds and a top speed of 118mph. The official fuel return of 64.2mpg equates to a real-world figure in the 50s which is fine for a family car while emissions are 116g/km.