By Ian Johnson on 2018-02-08 - Ian has been a member of Driving Force since its inception. He began his career in journalism in 1962 on the Cheshire Observer and took over the paper's motoring column in 1966. Specialist areas include classic cars, product launches and automotive comment. 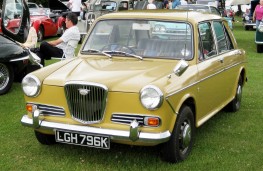 YOU have to hand it to the old BMC operation for the amazing way it kept historic names going through relatively simple badge engineering.

BMC has been criticised, and I think unfairly, over the years for the way it handled this philosophy but time has shown that the plethora of similar models it produced with different radiator grilles and minor styling changes have become icons of classic motoring.

The first Wolseley version was based on the Austin 1100 and was a latecomer into the range, not being launched until 1965, three years after the very first 1100 which was a Morris.

It shared the Mini-style transverse engine front-wheel-drive layout of the basic platform and featured Austin's strip type speedometer which was very modern for its day but is now regarded as somewhat cheesy.

Together with MG and Riley versions it shared a 55bhp engine, had the Wolseley grille mounted proudly in front and there was always the scope to order cars in some imaginative two-tone paint finishes.

Best of the bunch was the 1300 version which appeared in 1967 with a 1,275cc engine instead of 1098cc. This model had an all-synchromesh gearbox and twin carburettors.

Inside the little Wolseley were touches of wood panelling and the like which made the marque so great. Detractors stated that the car let down such a great badge, but they were not thinking in modern terms.

The hydrolastic suspension of these cars added to a surprisingly good driving experience and the car, especially in 1300 form gained many friends.

An 1100 version at launch would have cost £754, but you would have to pay far more to find a preserved example today. I say preserved because these cars were high maintenance, mainly because of galloping rust which cut off many in their prime.

The Wolseley1100/1300 has been described in the past as a delightful example of 1960s suburbia in automotive form and I wholeheartedly agree. 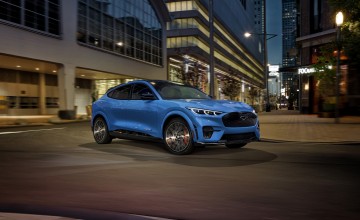