rivals in the shade 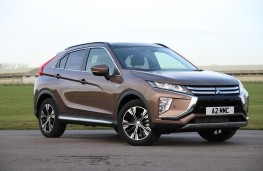 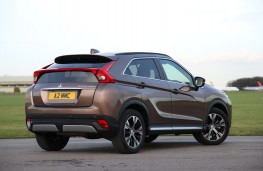 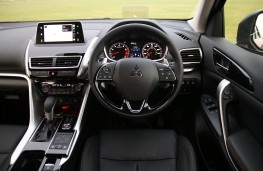 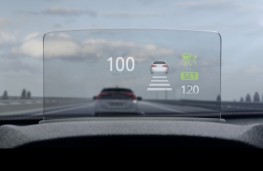 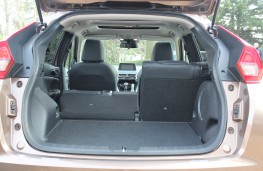 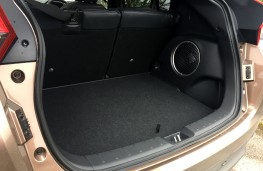 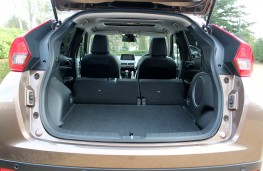 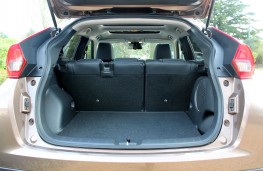 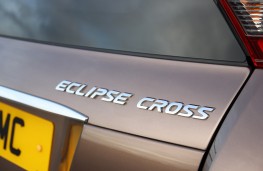 THERE might be a lot of negativity around car sales right now but launches of new and revamped vehicles show no signs of abating.

Now that might reflect the long lead-in time attached to producing new vehicles, but car company bosses remain bullish and none more so than Mitsubishi, which has just brought the Eclipse Cross to market.

Big things are expected of this compact SUV which, let's face it, will be up against some very good cars (think SEAT Ateca, Peugeot 3008 and Nissan Qashqai) in what is the most popular segment of the market.

It's a very stylish car for a start, which is always a major factor for user-choosers. After all, a little peer group envy never goes amiss. And despite those rival models I think the Eclipse Cross has more than a dash of sexy coupe about it; much like the Range Rover Evoque, in fact.

The second big plus, then, is it won't cost you anywhere near as much as the Evoque or, say, a BMW X4. And it's got far more useable space than another car I really like - the Toyota CH-R, launched last year.

Of the Japanese brands you could say Mitsubishi just quietly gets on with it; obviously very strong already in its 4x4 and pick-up offerings and content to concentrate on producing quality vehicles and let them do the talking for them. But what the Eclipse Cross does instantly is fill out the offer to the consumer.

This is a car which slots between the Mitsubishi ASX and the much larger Outlander, which means the company is competing in a far wider market. And it's marked out by a stylish, angular look that has it stand out from the crowd

The tapered roofline, short overhangs and muscular front and rear fenders help create the sporty, coupe, feel. It's a handsome car viewed from all angles and the rear end is equally distinctive although I fear some will baulk at the split rear windscreen.

I understand this has allowed the steep roof angle which adds to the car's attractiveness overall but I know some will question visibility out of the rear window (a la Honda Civic), although in practice I didn't find it a problem.

Given the fierce backlash against diesel engines, it's interesting to note that the only one available at launch is a turbocharged 1.5-litre, four-cylinder petrol engine, although a 2.2 diesel will be along later in the year.

On my drive I found this one of the biggest delights - the car drove incredibly smoothly and was supremely quiet. With very little, if any, wind noise intruding, the cabin was a lovely place to be on our travels.

Th Ecipse Cross can be ordered as a front-wheel drive or all-wheel drive vehicle and with either a manual or a CVT gearbox; the latter contributing to the 0 to 62mph sprint speed dipping below the 10 second mark. For those who think continuously variable transmission is the work of the devil because of noisiness and a tendency to be sluggish in getting the power down, I'm glad to report my experience was very positive.

On my evaluation route there was always enough power in hand to complete overtaking manoeuvres safely and the car went in to and around corners without any noticeable adverse body roll.

I have to say I found it slightly disappointing that there is no sat nav system anywhere in this, but Mitsubishi will argue that with all models being smart phone enabled, you can use the mapping services provided.

But while Google mapping or Apple maps (the two I use) have many advantages, including being up to date, it does rely on a data connection being available or downloading maps in advance.

Having said the car is spacious (and it is), with rear seats that slide to increase leg-room where needed, boot space is not class-leading (448 litres with all seats in use). However, the rear seats do split and fold for those times when you need extra.

Overall, the Eclipse Cross is a welcome addition . . . good-looking with a real feel of quality inside, decent to drive, and very comfortable. 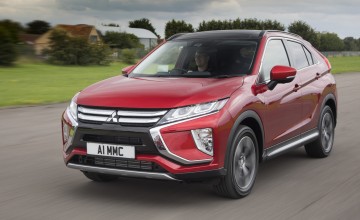