By Lee Gibson on 2018-02-11 - A journalist with nearly 30 years of experience on some of the biggest regional newspapers in England and Wales including the Birmingham Mail, Express & Star, Western Mail, the Sunday Mercury and Wales on Sunday. He currently edits the Sunday Mercury motoring pages as well as contributing to Eurekar. 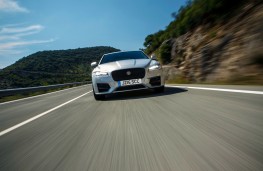 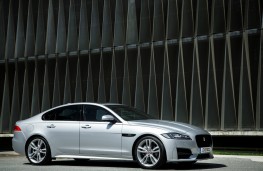 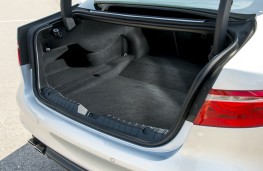 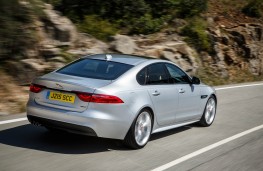 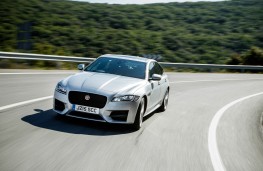 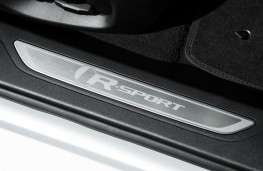 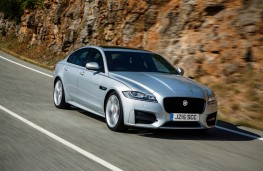 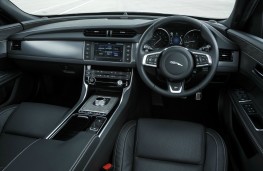 IT'S just over a decade since the XF came along and, almost overnight, transformed the fortunes of Jaguar.

The startling new design language and more modern image of the XF was a major departure for the rapidly stagnating brand - and proved an instant hit.

Within months the Big Cats were roaring again and unprecedented success has followed.

Jaguar has rekindled its sporting heritage with the F-Type and boldly branched out into the booming SUV sector with the F-Pace and then the E-Pace, while a smaller saloon also arrived in the shape of the XE.

All of those models have been critically acclaimed and picked up plenty of motor industry gongs but the XF still sits at the heart of the Jaguar fleet and remains the famous old marque's most award-winning car ever.

Such success is not achieved by standing still, though, and the second generation XF arrived in 2015, inheriting the sportier design cues and improved dynamics of the XE as well as offering more interior space.

Now, for 2018, this executive favourite has continued to evolve with the introduction of new powertrains and enhanced convenience and safety features available across the range.

Among the upgraded engines is this impressive twin turbo 240ps diesel unit which, mated to Jaguar's smooth eight-speed automatic transmission, will power the XF from 0-62mph in a very brisk 6.5 seconds and on to a top speed of 153mph.

Delivering a maximum 500Nm of torque from as little as 1,500rpm it offers great responsiveness across the rev range - delivering strong low down pull and more power at high engine speeds.

Torque vectoring technology helps to keep the car impressively settled in corners and the intelligent all-wheel drive system, on models equipped with it, ensures that all that power is delivered effectively to the tarmac.

R Sport models also get a sports suspension and are visually differentiated from other models by body kit which includes a sports front bumper, extended side sills, which create a road-hugging stance, and a boot-mounted rear spoiler as well as model-specific badging on the side power vents.

Despite all this agility and pace though, it is the comfort of the XF which impresses most, with a sophisticated rear suspension ironing out all but the worst imperfections in the road surface and keeping passengers pleasantly unruffled while the driver enjoys himself.

Those passengers are well catered for in terms of comfort and space too, with leather seats as standard and the current XF offering much better rear head and leg room than its predecessor thanks to a longer wheelbase.

Cruise control, dual-zone climate control, heated front seats, a touchscreen infotainment interface, satnav, digital radio and interior mood lighting all also help to make this motor a pleasant and relaxing one in which to travel.

The way in which the side air vents swing open and the rotary drive selector rises silently from the central console when the ignition button is pressed is a little bit of engineering theatre which we first saw in the original XF.

It still impresses though and, along with the sleek design, is the way in which the rejuvenated Jaguar stylishly distinguishes this car from its mainly German rivals. 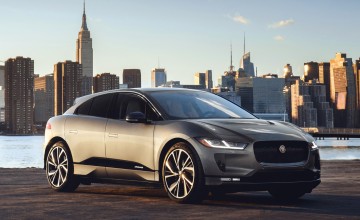