By Chris Russon on 2018-02-13 - The driving force behind Eurekar. Chris heads up a team of motoring correspondents under the Driving Force banner. Prior to Driving Force becoming independent in 2010 he was Chief Motoring Editor for Trinity Mirror Regional newspapers. Chris has been writing about cars for almost 40 years. 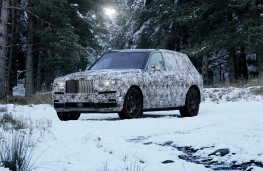 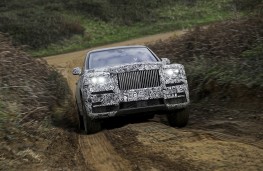 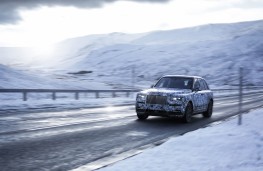 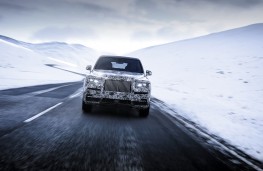 THE Rolls-Royce SUV - or high bodied vehicle as the company prefers it to be known - will be called the Cullinan.

Named after the largest flawless diamond ever found, the new model will be arriving before the year is out with a price tag in the region of £300,000.

It sees the luxury British car maker joining the likes of Bentley and Lamborghini which have also expanded into the SUV market.

Like the latest Rolls-Royce Phantom, the Cullinan will sit on an aluminium platform to save weight but under any circumstances the new model is large, measuring almost 18 feet in length.

Showing the trademark Rolls-Royce grille the company has released a series of images of the Cullinan undergoing development on and off the road.

The Cullinan Diamond was extracted from a mine deep in South Africa's Magaliesberg mountains in 1905 and at 3,106 carats remains the largest diamond ever discovered.

Cleaved into nine stones, cut and polished, the two largest portions of the Cullinan form part of the British Imperial Crown and Sovereign's Sceptre with Cross.

Cullinan was the codename Rolls-Royce gave to the vehicle in its prototype stages announced three years ago.

"The name Cullinan has been hiding in plain sight since we revealed it as the project name some years ago," said Torsten Muller-Otvos, chief executive officer of Rolls-Royce. "It is the most fitting name for our extraordinary new product."