By Edward Stephens on 2018-02-17 - Edward edits the motoring pages of the Birmingham Mail and Birmingham Post as a freelancer after more than 35 years on the staff. Also writes on motoring for various other newspapers, trade magazines and well known websites. 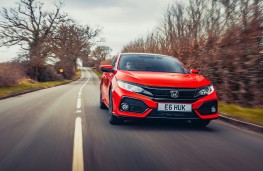 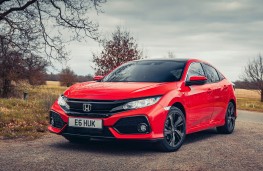 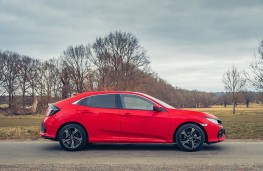 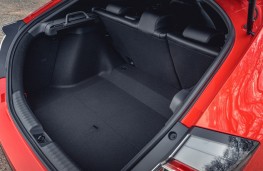 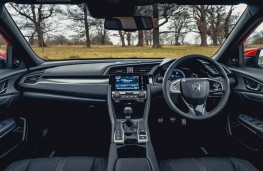 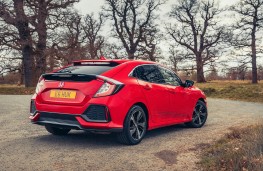 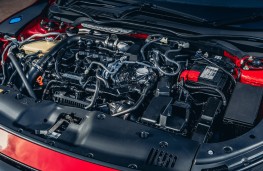 WHEN the Honda Civic was delivered for me to take a drive a neighbour took one look at it and asked "is that the real hot one?"

He meant is it the 169 miles-per-hour Honda Civic Type R, and while nothing could have been further from the truth because the car in question was powered by an engine of just 998cc and three cylinders, I could see what he meant.

For the new Civic in all its guises looks like a sporting, high performance model designed to burn rubber.

It's longer and wider than its predecessor and much lower, ensuring a lower centre of gravity to give it sportscar-like road holding.

In many ways it's hard to equate such a dynamic looking car with one which has such a small engine, but in this case small very definitely doesn‘t mean slow.

For Honda's smallest powerplant for the Civic is turbocharged and develops a hefty 129bhp making it a very lively car indeed, hitting 62 miles per hour in just 10.2 seconds in the entry level S model and a very respectable 11.2 seconds in the more up-market EX model tested here.

But the more surprising aspect is just how well this car pulls when there are five people on board, not something normally associated with small engines.

And while most three-cylinder cars are easily identifiable from the distinctive engine noise Honda - with the Civic - has managed to create an engine with a sporting rather than a typical three-pot note.

Space in the cabin is generous with plenty of legroom and enough wriggle room even with three people in the rear to ensure all can travel in comfort.

Space in the luggage section too is generous with 478 litres available and 828 litres with the rear seat backs folded down.

There's also an innovative new type of luggage-hiding roller blind cover which retracts sideways to alleviate the need for a cumbersome support bar. Cleverly it can be adjusted to suit right or left handed owners.

On the road the Civic lives up to its sporting image with impressive road holding and a distinct lack of body roll.

Keep the revs up and this tiny engine really delivers some exhilarating driving although the engine note tends to make you feel you are going faster than you are, which is no bad thing.

The dials are crisp and easy to read and there is a useful digital and conventional speedometer so there's no excuse for a speeding ticket.