By Lee Gibson on 2018-02-25 - A journalist with nearly 30 years of experience on some of the biggest regional newspapers in England and Wales including the Birmingham Mail, Express & Star, Western Mail, the Sunday Mercury and Wales on Sunday. He currently edits the Sunday Mercury motoring pages as well as contributing to Eurekar. 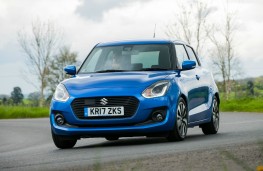 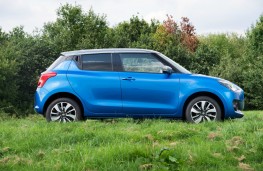 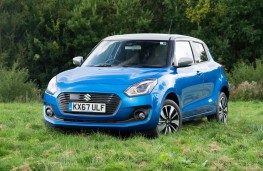 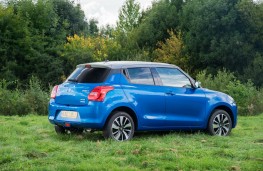 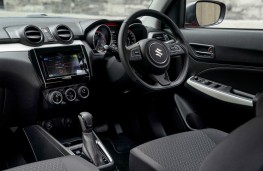 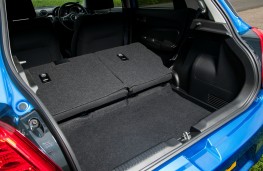 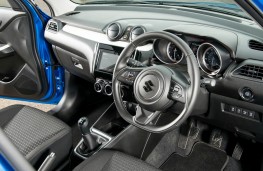 SUZUKI is well regarded as something of a specialist in the small car market and certainly has plenty of choice for those after a motor with more diminutive dimensions.

The Celerio is cheap and frugal, if a little bland; the Baleno offers impressive space and practicality for a supermini; and there's even a quirky and very compact SUV in the shape of the Ignis.

Long before this trio arrived, however, the Swift was the car that put the Japanese car maker on the map in this class, quickly becoming the brand's biggest seller after it first hit UK roads in 2005.

So successful was this stylish supermini that by 2016 it was accounting for more than a third of the brand's sales - contributing to a total of well over five million sold worldwide.

Since then the third generation model has been launched and very much consolidates the Swift's position as the youthful face of Suzuki, offering the same sporty good looks and fun-to-drive character of its predecessors.

A revised front end features a bolder grille which combines with chunkier wheel arches to give the car more presence but the Swift's trademark prominent shoulder line and distinctive profile are still unmistakable.

The latest incarnation is, however, much lighter than the one it replaces, making it incredibly nimble and agile - virtues which it already possessed aplenty.

Combined with well-weighted, quick and direct steering this creates a car which handles very keenly, stays planted to the road even in sharp corners and really does put a smile on the driver's face.

A rigid chassis and slightly stiffer suspension are pre-requisites for such control and result in a firmish ride but this only strays into uncomfortable territory over the worst potholes, which send vibrations through the cabin.

Road noise is also evident at higher speeds but not to such an extent that you're reaching for the stereo volume button to drown it out.

Around town, though, things are pretty refined and there will be few parking spaces that you won't be able to squeeze into thanks to the Swift's compact frame and easy manoeuvrability.

The 1.0-litre three-cylinder turbocharged Boosterjet is quickly making a name for itself across the range and offers sprightly and economical performance.

The 1.2-litre Dualjet engine in this car possesses less low down punch and responsiveness and you'll have to pile on the revs to make rapid progress but is, nevertheless, a solid and durable performer which matches the three-pot's fuel efficiency.

Both are available, depending upon trim level, with Suzuki's SHVS ‘mild hybrid' technology, which uses regenerative power captured under braking to boost acceleration but doesn't offer the electric-only capabilities of a full hybrid.

Rarely in the small car sector, you can also get a four-wheel drive version of the Swift for some extra capability and peace of mind in slippery, wet and wintry conditions.

Available only with range-topping SZ5 versions and coupled with the SHVS kit, Suzuki's fully automatic Allgrip system transfers extra power to the rear wheels whenever front wheelspin is detected.

Although fractionally shorter than the car it superseded, the latest Swift is wider and has a longer wheelbase which actually means there's more space inside.

The rear seats are set lower to increase headroom and four adults can travel in comfort while the boot, at 265 litres, is also bigger and offers genuine usable space.

Interior materials are largely of the unyielding, scratchy plastic variety but do feel durable and well screwed together while contrasting finishes and colours have been used to lift the otherwise grey colour scheme.

An easy-to-use touchscreen multimedia interface, which incorporates satnav and Android and Apple smartphone connectivity, dominates the dashboard and is the headline feature of an impressive list of equipment on range-topping models.