New Audi A6 gets 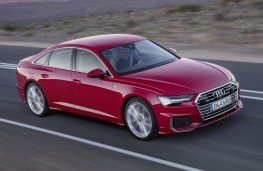 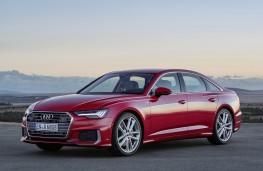 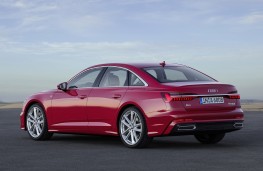 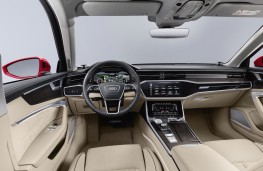 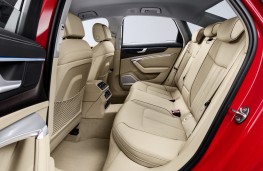 HIGH end technology introduced by Audi on the new A8 is to make its way down to an all-new A6 saloon due for introduction later this year.

The new model - a rival to the BMW 5 Series and Jaguar XF - will feature the same all-digital, twin screen control system first seen on the A8.

It will also come with mild-hybrid engines and will be available initially with a 3.0-litre 340ps TFSI petrol engine or a 3.0-litre diesel with 286ps.

All will be mated to automatic gearboxes with the V6 petrol claimed to be capable of averaging 42.1mpg with emissions of 151g/km.

Both are also quattro all-wheel-drive automatics with the TFSI using a seven-speed S tronic transmission and the diesel mated to an eight-speed tiptronic box.

The new A6 is marginally larger than the current model which creates more room inside, especially in the rear.

As with the A8, the new A6 has a minimal approach to switchgear with all major vehicle operations carried out from one of two touchscreens mounted in the centre of the dash.

Audi's virtual cockpit with its 12.3-inch graphic display will be an option, as will a full colour head-up display for the driver.

Three suspension systems will be available in addition to the conventional steel spring configuration with sport suspensions that can feature damper control and adaptive air suspension.

The mild hybrid engines, which come with advanced stop/start systems and use a 48-volt regenerative set up, are said to improve fuel consumption by 0.7 of a litre over 60 miles.

The new A6 is slated for release in the summer with prices and full UK specification to be released nearer the time.