By Maxine Ashford on 2018-03-04 - Maxine has been a journalist since the late 1980s and for the past 13 years has specialised in motoring. Former motoring editor at Media Wales responsible for the Western Mail, South Wales Echo, Wales on Sunday. Freelance since 2009, Maxine loves cars but not quite as much as rugby! 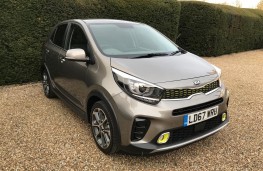 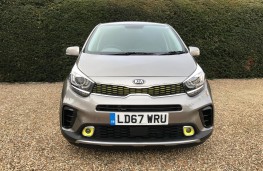 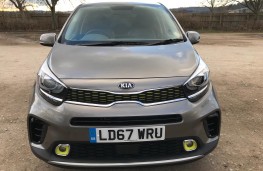 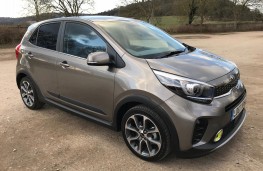 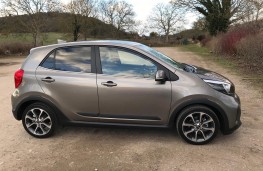 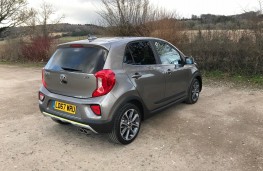 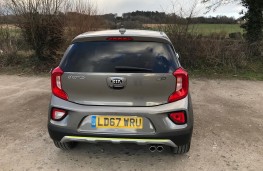 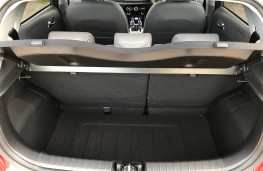 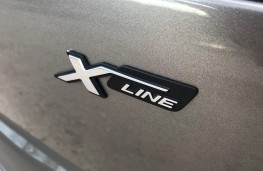 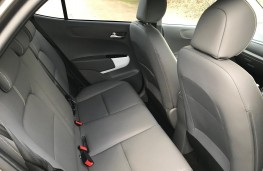 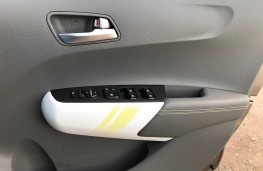 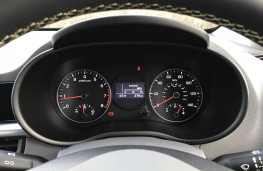 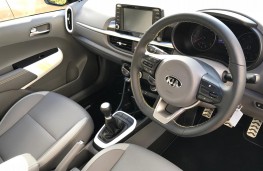 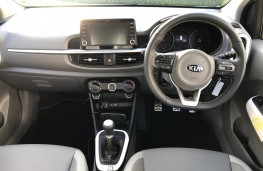 KIA's Picanto city car has just developed some real attitude with the launch of a beefed-up X-Line model which draws its inspiration from the Korean company's SUV line-up.

Powered by a 1.25 85bhp petrol engine mated to either a five-speed manual or four-speed auto transmission, the latest Picanto is priced from £12,595 (£13,245 for the automatic version).

But there is a whole lot more to this car than simply sticking an ‘X-Line' badge on the rear because the new arrival boasts a range of rugged design cues.

It is 77mm longer, 30mm wider and 15mm taller and whilst Kia is quick to point out that it is not a full-blown SUV, it does widen the Picanto's appeal to a customer-base that has gone crossover crazy in recent years.

Eye-catching design traits include SUV-styled bumpers with metal-look skid plates at the front and rear.

The car also gets lime green highlights around the grille and fog lights, black cladding around the wheel arches and side sills, privacy glass to the rear windows and tailgate, body-coloured door handles and a shark fin antenna.

The funky colour splashes are carried over into the interior of the Picanto X-Line with lime green stitching on the gear lever, armrests and flat-bottomed steering wheel.

As is the norm with Kia, the car is packed with techno treats which are all included in the asking price. Features include a seven-inch touchscreen with DAB digital radio, Bluetooth and full connectivity capabilities via Apple CarPlay or Android Auto.

On the practicality front, the five-door Picanto X-Line offers plenty of cabin space with a boot capacity ranging from 255 litres to 1,010 litres with the 60:40 split-folding rear seats dropped flat. Elsewhere, there are cup holders, a central bin, glovebox and door pockets to store away bits and bobs.

The car offers more leg and headroom than rivals in its class, but adults would still struggle to sit in the back for lengthy journeys as leg space is a little limited. That said, it is ideal for a couple of youngsters and as Kia said, the Picanto X-Line is not intended to be a fully grown SUV.

We put the manual version through its paces and it passed with flying colours. It could sprint from 0-62mph in 11.6 seconds, maxed out at 107mph and delivers combined fuel economy of 61.4mpg with carbon emissions of 106g/km.

When it comes to performance, the Picanto X-Line is a little fire-cracker of a car. It fizzes around town shifting up and down through the gears with ease and there is ample power on tap from the four cylinder 1.25-litre engine.

On long winding country lanes, the sharp steering and good acceleration make the car great fun to drive and the road-holding is also accomplished. It is a car that can sit comfortably at 70mph without any fearsome shaking or engine screams.

However, sitting on 16-inch wheels, the ride is a little less forgiving though and you will feel the odd bump and dip along the way.

Noise levels within the cabin are fairly refined until the car is driven particularly hard, but that is the case with most city cars to be fair.

The latest Picanto features a host of safety specifications and Kia is quick to point out that it is the safest small car the company has ever produced.

In addition the X-Line boasts autonomous emergency braking which can bring the car to a complete standstill at speeds up to 50mph and to a partial stop at higher speeds.

So, the new Picanto on the block certainly has plenty of appeal.

It looks fabulous, has a powerful little engine, delivers good all-round performance, is competitively priced, boasts all the latest mod cons and, of course, comes with the best guarantee in the business - Kia's seven-year/100,000 miles warranty.