with a trip in the

By Steve Orme on 2018-03-07 - Steve has been on the motoring circuit since 1979 and has a particular interest in 4x4 with access to off-road terrain. Steve writes the weekly Full Chat column which takes an irreverent look at motoring. A member of the Northern group of Motoring Writers. 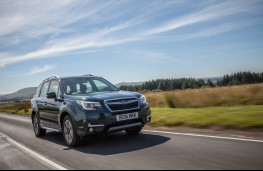 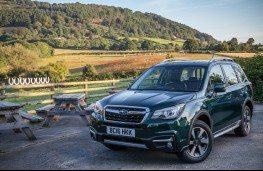 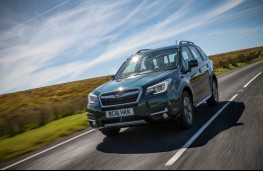 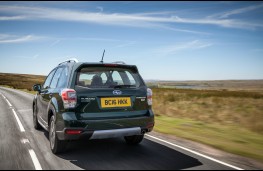 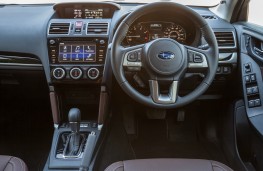 IN years to come young boys ask: "Daddy, what did you do during the Beast from the East?"

Pity those dads who were abed that morn because they had bought a rear-wheel drive BMW, about as much use in the snow as a sugar frying pan on Masterchef.

Urbanites previously castigated or subjected to other surgical procedures, were suddenly vindicated in their 4x4 ownership.

This band of brothers faced down the Russian menace and that nasty Emma from the west while wondering why so many train companies had cancelled services after just a doughnut's dusting.

You can be accused of killing as many planets as you want but this is the time when all-wheel drive keeps the nation moving.

That and prune juice.

Out here in the sticks we take 4x4 as a standard fitting, our road surfaces having been removed in punishment for all those wood burners.

It is all very well telling people to stay home and to close all the schools but do you think this happens in Sweden, home of the XC60 or Canada, land of the lumberjack?

Now I hasten not to claim the Subaru Forester as a family crossover, too big and too beefy but it does prove that by fitting a good self-determining 4x4 system you can tackle the bad weather without a background in hill farming.

This is the real deal and while I like my all-wheel grip via bit of Spear and Jackson fork handles the symmetrical Subaru system leaves othere automatic AWD in the shade and is truly rugged.

No cut-price 2WD option either, you choose this because you need it.

Under the cosh was a two litre petrol XE Premium automatic with EyeSight and X Mode.

EyeSight is driver assist technology which monitors what's happening with traffic ahead and can apply full braking force in collision situations, most reassuring but not a substitute for your own care and attention.

X Mode laughs in the face of silly named storms and is selected via a simple button introducing automated control over the engine, AWD, brakes and introducing hill descent in the worst of conditions.

I took the Forester to places normally called ‘you are advised to stay at home' including snow covered fields and a nasty little river bank I know of and it was faultless.

I would seriously consider one of these.

Sure, on the road there's as limited performance, 62mph arrives in a ponderous 11.8 seconds but the computer was telling me I was averaging 39mpg which I rate as more than good for full-time AWD.

No complaints about the general refinement but it is not a car to inspire, no surprise there.

All modern appliances are here and there is full heated seat leather luxury for the £31,495 price tag.

A touch screen houses satellite navigation and a full infotainment systems and there is also voice recognition and a reversing camera.

The main emphasis is on technologies which keep the car in line and help with towing.

Make no mistake the Forester is there to be used and abused.

There is a lot of space thanks to the rather boxy shape which makes the Forester a practical choice.

The cabin is comfortable but busy and Subaru instrumentation is something you either like or don't, distinctive graphics and a lot of blue.

Those who hit snooze and whiled away the onset of the Beast in fear of wheel-spin and having less grip than a drunken trapeze artists should take note of Henry V, Act IV and hold their manhood cheap while he who came home safe will ever remember St Symmetrical day.