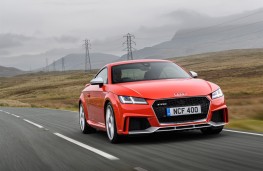 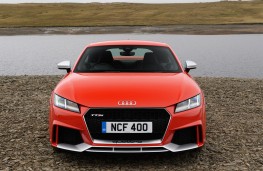 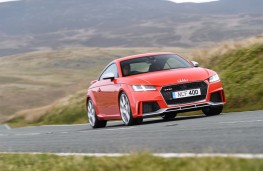 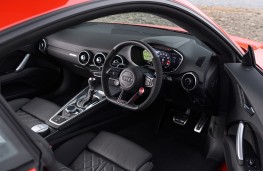 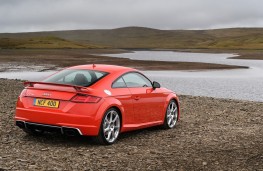 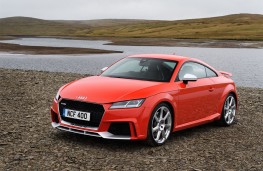 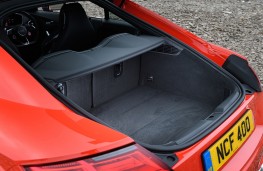 ASK most people how much they would expect to pay for a supercar and the answer would be somewhere north of £100,000.

But, could there be such a thing as a cut-price, fast, furious and fairly luxurious supercar?

The answer to that question just may be the new Audi TT RS, which can be bought in the UK for as little as £52,450 on-the-road.

That maybe almost twice the price of a ‘normal' TT but we're talking about supercar-like performance here. Available in both Coupe and Roadster form, the new TT RS is the most powerful series production TT to date and certainly merits comparison with the supercar elite due to its sub-four-second acceleration and potential 174mph top speed.

Lighter than its predecessor by 26kg and with Audi's newly developed five-cylinder 2.5-litre TFSI engine, it is, in fact, faster from 0-62mph than the original 4.2-litre V8 R8 and its successor, the R8 5.2 FSI quattro, the V10 engine of which came from the Lamborghini Gallardo.

All of that power is available from just 1,700rpm, which is frankly wonderful.

In the TT RS, quattro distributes power between the axles for incisive, high-grip handling. Quite simply, all that power is transferred onto the road, all of the time. The coupe is literally glued to the road no matter how hard you push it round corners or on uneven surfaces.

That breeds immense confidence in the TT's uncanny handling - confidence which is added to by the sublime stopping power of its forceful brakes - huge internally ventilated, perforated steel discs at the front and monobloc discs at the rear.

If you want the TT RS to come to a quick stop - it stops. Carbon ceramic front discs are available for more ‘committed' drivers but the cost is hefty.

The TT RS is very easy to drive incredibly fast but those more ‘committed' drivers may be a tiny bit disappointed there's no ‘give' in the handling when cornering at speed. The coupe's rear end resolutely stays where it should be.

Despite its brutal speed, the TT RS is surprisingly comfortable. Naturally, keeping it in Comfort mode keeps the ride smooth but even in Dynamic mode it doesn't feel has hard as you'd expect. A back massage after every trip will not be needed.

Drive it sensibly, and the TT RS is said to return over 34mpg. But - and it's a wonderfully big ‘but' - my guess is you'll want to spend most of the time out of town in Dynamic mode and using the paddleshifts to make the most of the phenomenal acceleration and the accompanying and addictive snap, crackle and pop from the tailpipes. So, let's not fuss about mpg.

As a speed king, the TT RS features large air inlets, aerodynamically-shaped side sills and a fixed rear wing sitting on two thin double struts, however, to my mind, it's a lot more subtle - and better for it - than its predecessor in the looks department.

Of course, supercars aren't just about out and out performance - a certain amount of luxury is required. And in this respect, the TT RS doesn't fair too badly.

Inside, the comfortable, quilted, super sports seat is upholstered in fine Nappa leather and the TT RS leather and Alcantara steering wheel taken from the R8 comes with an enticing and attention-grabbing red start button.

From the driving seat, the fully digital Audi virtual cockpit with its 12.3-inch high definition screen also makes its presence felt. It provides a choice of three views, including a special RS screen that highlights the rev counter and provide additional performance data and a shift signal to tell the driver when the rev limit has been reached.

The virtual cockpit also displays mapping from the sat nav in full ‘wide screen' format and does away with the need for lots of unnecessary buttons and switches. The whole cockpit oozes quality.

Although the TT RS is a coupe and really rather roomy up front, there's only room for small children or shopping on the rear seats. The 305-litre boot is big enough to cope with luggage for a long weekend away.

Whether it's pace and power, looks or luxury, the TT RS has it covered. It could well be the supercar for the common man.

Extras now built in on Audi's new A4

IF you've ever tried to build your dream car on a manufacturer's website you'll...