By Ian Johnson on 2018-03-17 - Ian has been a member of Driving Force since its inception. He began his career in journalism in 1962 on the Cheshire Observer and took over the paper's motoring column in 1966. Specialist areas include classic cars, product launches and automotive comment. 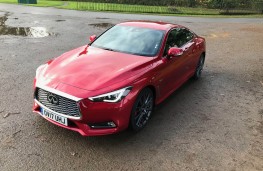 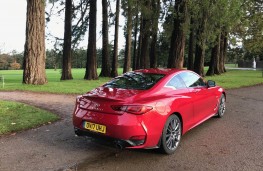 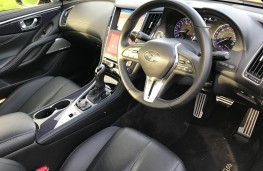 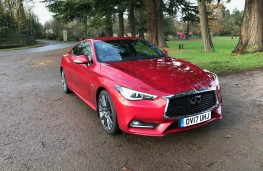 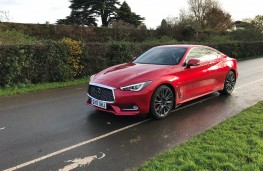 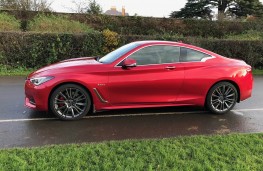 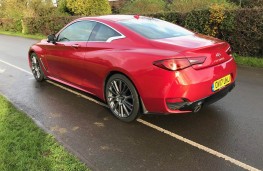 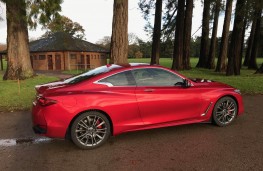 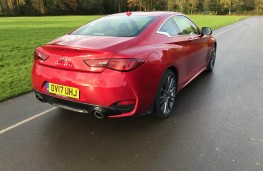 WHEN Infiniti whipped the wraps off its premium sports coupe, the Q60, the world expected something special.

And the resulting product was no disappointment.

The Q60 has managed to achieve what few have ever done - create a luxury coupe in the grand style and imbue it with a veritable raft of technology without clouding driving enjoyment.

It is like being behind the wheel of a high-powered coupe from the classic years with of lot of modern stuff to keep you safe. Driving with both the rose-coloured spectacles and the safety net.

It is this latter model, the Q60S that has done much to give this marque such street cred in the heady heights of premium motoring.

This sparkling engine gives a performance of 155mph and a 0-62mph sprint of five seconds and has the added benefit of four-wheel-drive.

For years the critics have been saying that the big petrol engine is dead in the water, but this model proves conclusively that it is up and running.

This car, a 3.0 Sport Tech also returns a creditable 30.1mpg on the combined cycle and a not too bad emissions readout of 208g/km.

At £47,235 it can hardly be classed as a cheapie, but when you look at what you get for the money, the value of this car shines through.

Obviously, it has a lot of opposition, especially from German marques. However, the Infiniti just has that certain something that I am convinced will carry it through in a crowded marketplace.

It comes with state-of-the-art features such as Infiniti's second-generation direct adaptive steering and a new dynamic digital suspension with drive mode selector.

There is intelligent cruise control with distance control assist enabling the drive to set a desired speed and the car will automatically and smoothly decelerate in slowing traffic.

Active lane control works with the adaptive steering to evaluate the road ahead, automatically making small steering angle corrections if the car experiences minor direction changes due to uneven road surfaces or crosswinds.

A drive mode selector gives drivers the option of altering steering response and feel. At the touch of a button there are six choices: Standard, Snow, Eco, Customise, Sport and Sport+, depending on the specification.

Being part of the Nissan empire, Infiniti benefits greatly from this manufacturer's great strides not only in technology but styling.