By David Whinyates on 2018-03-21 - David is one of the UK’s most experienced motoring writers and was instrumental in setting up the Driving Force syndication service for Britain’s biggest regional newspaper group. Former Chief Motoring Editor of Trinity Mirror Regionals, he is Driving Force’s Consultant Motoring Editor and a director of Driving Force Media Ltd. 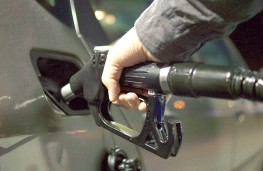 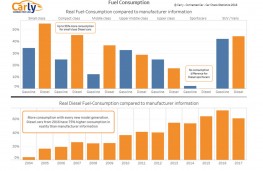 DRIVERS of diesels could be paying over Â£800 a year more than car makers' fuel consumption figures suggest they should.

That's the startling revelation from a new survey of data collected from over one million European vehicles, including 150,000 from the UK.

In what could be another nail in the coffin for diesel power, the data shows major differences in fuel consumption figures claimed by manufacturers and those achieved in real world motoring.

And the gap has widened in every new model generation launched since 2004, up until 2017 where the difference appears to reduce slightly.

Although petrol-powered cars are also using more fuel than official figures from their makers would have you think, the most significant difference was found in diesel cars from 2016, with the data showing an incredible average of 75 per cent higher consumption rates than stated in information given by the vehicle manufacturer.

Considering the differences found by Carly Connnected Car, who analysed data from their own diagnostic app, this figure could be as much as £1,903.21, an additional cost to the motorist of a staggering £815.66 a year.

Overall the differences uncovered by Carly were greatest in the three most popular vehicle segments in the UK - small cars, compact cars and SUVs.

The Carly app - which is available for BMW, MINI, Mercedes, Renault and Volkswagen Group cars- found that drivers of small cars are using as much as 55 per cent more diesel and 35 per cent more petrol than the official figures would suggest, adding hundreds of pounds to annual running costs.

For compact car drivers the real-life diesel consumption recorded was 45 per cent higher than manufacturer figures with the news no better in the increasingly popular SUV segment where models fitted with the app burned through 45 per cent more diesel and 40 per cent more petrol than owners might expect.

The only type of vehicle where manufacturer data reflected actual results was diesel sports cars where real world figures reflected the official data.

According to Avid Avini, one of Carly's founders: "There is an ongoing conflict of interest regarding fuel consumption. Over the years the regulations require less and less CO2 emissions, however, drivers want more powerful and luxurious vehicles."

"With each new C02 reduction strategy, manufacturers have had to reduce fuel consumption, however due to tests being carried out in laboratories rather than the real-world, the data shows consumption to be improving.

"Miles per gallon is one of the key concerns of UK drivers when buying a car as the on-going vehicle running costs can have huge impact on monthly budget. While it can be difficult for manufacturers to predict consumption, as it is very much dependent on individual driving style, a discrepancy of this size is of concern to consumers relying on manufacturer figures."