Touareg has China in

By David Whinyates on 2018-03-23 - David is one of the UK’s most experienced motoring writers and was instrumental in setting up the Driving Force syndication service for Britain’s biggest regional newspaper group. Former Chief Motoring Editor of Trinity Mirror Regionals, he is Driving Force’s Consultant Motoring Editor and a director of Driving Force Media Ltd. 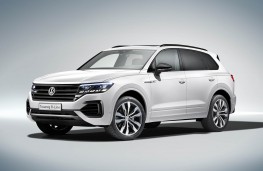 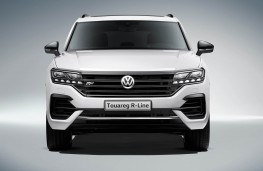 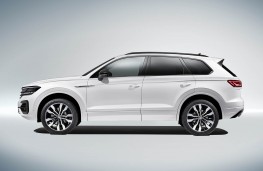 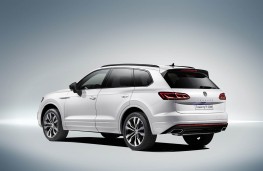 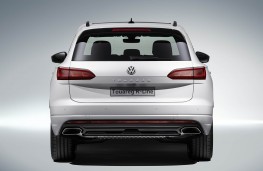 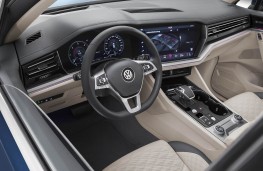 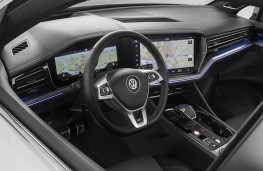 FORGET about trade wars - Volkswagen is making a statement by staging the world premiere of its new Touareg in China.

China is VW's largest market for the Touareg so it makes sense for the German company to take the wraps off the new model there.

The new model - which is expected to go on sale in Britain in the autumn - will boast the largest range of assistance, handling and comfort systems ever to be integrated into a Volkswagen.

They include technologies such as a night vision assistance system which detects people and animals in darkness via a thermal imaging camera, a semi-automated steering and lane keeping system tagged Roadwork Lane Assist which will accelerate and brake the car at speeds up to 37mph, Front Cross Traffic Assist, active all-wheel steering, new roll stabilisation with electromechanically controlled anti-roll bars, interactive self-dipping LED matrix headlights and a head-up display' projected directly onto the windscreen.

The company says that the new Touareg marks a milestone in the brand's largest model and technology campaign.

This new, third generation model will feature an innovative fully digitalised cockpit with a 12-inch display and a 15 inch display for the infotainment system which minimises the need for conventional buttons or switches.

Wider and longer than before the new model will have a significant increase in luggage capacity, - up from 697 to 810 litres.

Although trim and engines options for the UK have still to be decided, the new Touareg will initially be available with two V6 diesel engines with outputs of 170 kW / 231 PS and 210 kW / 286 PS but other engines will follow.

Depending on markets, the V6 diesels will be followed by a 340PS V6 petrol engine and a 421PS V8 turbodiesel. A new plug-in hybrid drive model is being prepared for China but no decision has yet been made as to when or whether this version will be available in Europe.