British gem of a

By Ian Johnson on 2018-03-29 - Ian has been a member of Driving Force since its inception. He began his career in journalism in 1962 on the Cheshire Observer and took over the paper's motoring column in 1966. Specialist areas include classic cars, product launches and automotive comment. 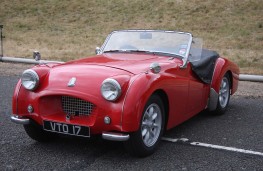 IN the early 1950s Standard/Triumph had a problem.

The all-important American market was waving fistfuls of dollars in its quest to drive British sports cars and all eyes were on the nippy little MG TF rather than Triumph's somewhat quaint 2000 roadster.

Fair play to company boss Sir John Black because he had attempted to take over Morgan to sidestep the crisis.

However, his effort failed and he was left with the task of building a credible affordable sports car.

The company took a Standard Vanguard 2000cc engine and plonked it in a shortened Standard 8 chassis and the result was a somewhat runtish looking and sparsely equipped roadster called the TS20.

It may have been a bit plain but this was the car that led to the production of the fabulous Triumph TR2/3 series which is my view were among the best ever British sports cars.

The ball really started rolling in 1953 when the Triumph TR2 was unveiled. This continued in production until 1955 during which 8,636 cars were produced.

Featuring a hole-in-the-wall style grille and cut down doors it rapidly became a firm favourite in the USA and Britain.

The TR2 was a better car than the TS20, featuring a simple ladder-type chassis, a longer body and a credible boot.

A 90bhp version of the old Vanguard engine was mated to twin carbs and a four-speed gearbox.

The TR2 could reach 60mph in 12 seconds for a fuel economy figure of 25mpg.

This was simple British affordable sporting logic at its best and even inspires interest in the younger generation of drivers, one of whom asked me why the doors on the TR2 were cut down?

I replied that one of the reasons was to make hand signals much easier.

What about indicators? Was the swift response.

The cut down doors were carried on into the next series, the TR3 which was much more refined and was a true Brit 110mph sports model that was not only easy on the eye but a true delight to drive. 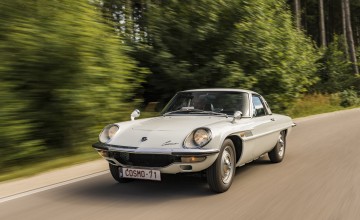 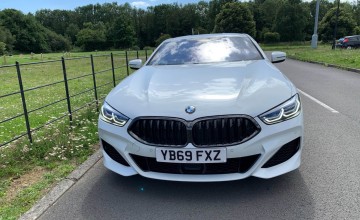