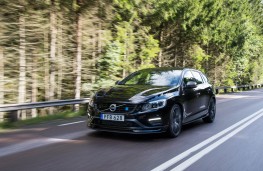 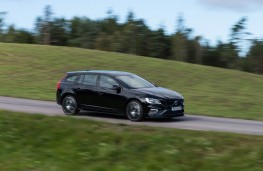 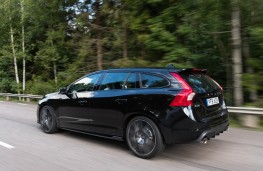 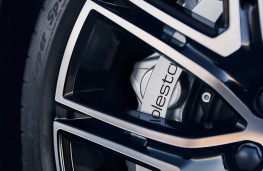 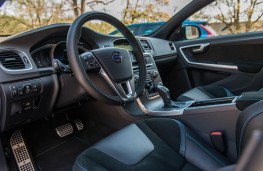 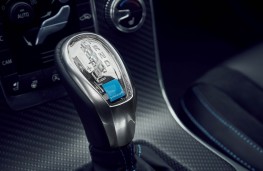 IT'S exactly 20 years ago this year that Volvo caused a stir in the motorsport world by winning the British Touring Car Championship with the 850 Estate - the first and still only estate car to win such a top racing series.

At the time the Swedes were trying to prove that they could make exciting to drive sporty family estate cars and move away from the public's then perception that they only made boring old cars just for retired people.

The image changer worked and although the 850's successors - the 850 T-SR and then the V70R - were subsequently dropped but they are now back in the same frame with the new Volvo V60 Polestar.

Using the technical know-how from their colleagues at Polestar Motorsport this new up-market road-going performance estate car is taking on the well established sports style estates from rivals like Audi, BMW and Mercedes-Benz.

It will set potential sports minded buyers back the best part of £49,665 for the privilege which is far cry from the £23,747 for the current entry-level V60, known as a T4 Business Edition, but they are like chalk and cheese as we say.

The big question is whether this fifty grand Volvo is worth it and will buyers get a true performance estate car at the end of the day?

The answer is ‘yes' because it delivers an impressive sports driving experience from its two-litre 367bhp supercharged and turbocharged engine and does so in a far more subtle and rewarding fashion than most of its rivals.

For starters it doesn't look that much different from the latest normal V60 range apart from some minor body styling changes (like an extended front lip spoiler plus a new roof spoiler and diffuser) while at the back there are two distinctive sports exhaust pipes plus discreet small blue badges at the front and rear then only reveal it's a Polestar model.

The previous six cylinder three-litre engine has been dropped in favour of a twin turbo two-litre and the Polestar backroom boys clearly know what they are doing when it comes to transforming an average looking medium class estate car into a genuine sports performance estate.

Apart from now having a Haldex electro-hydraulic four-wheel-drive system on board they've added a new intercooler with high tech ECU settings, created a far stiffer suspension setting too and lowering the car by 3mm over the more conventional model amongst other mechanical tweaks.

To help stop the car - it will accelerate from 0 to 62mph in 4.5 seconds and has a limited top speed of 155mph - they've installed bespoke 371mm Brembo front disc brakes and it sits on 20-inch alloy wheels and Michelin Pilot Super Sport tyres.

Naturally the ride is on the firm to hard side for such a sporty car which means the ride is a bit on the harsh side and driven with spirit around twisty ‘B' roads and the like you can feel every bump in the road but its road grip and overall road holding is outstanding good, urging the driver to continue driving in such a manner.

First starting it up and there's a wonderful raucous rumble from the twin exhaust pipes and keeping it automatic driving mode - there are paddles on the steering wheel to change up and down manually if wanted - it has a fair turn of speed when demanded.

The eight-speed automatic gearbox is also impressive with such quick and responsive up and down gear changes that are so smooth too while the highly tuned twin turbo engine again is smooth and quite subtle in the way that it delivers its full 367bhp.

It really is an enjoyable fun and fast sports estate car to drive and which delivers everything one would need but in such a subtle way and not as up-in-your-face style as most of its rivals in this category.

Inside the cabin the dark charcoal leather covered seats with neat but discreet blue stitching trims, give exceptionally good all-round lumbar support and there's good head and leg room both front and rear and all round vision is good.

Obviously there's plenty of standard kit on the car, such as reversing camera, parking sensors, sports console and shining alloy pedals for the driver, climate control, good infotainment system with a seven-inch screen that offers all the usual links to sat nav and other driving aids and is quite simple to use.

For audio buffs there's as standard an impressive Harman Kardon sound system with 12 speakers and all the usual communication links too like Bluetooth.

As for body colours they are all too quite subtle with just a choice of four - black, blue, silver or white - with the test car in what Volvo calls Busting Blue which would be my own choice if buying.

Nice to see the now Chinese-owned Volvo team turning the clock back and bringing to the current market and naturally a vastly changed sports saloon from the loveable old 850 series from way back. 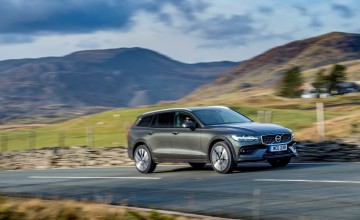