By Edward Stephens on 2018-04-01 - Edward edits the motoring pages of the Birmingham Mail and Birmingham Post as a freelancer after more than 35 years on the staff. Also writes on motoring for various other newspapers, trade magazines and well known websites. 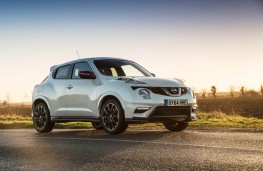 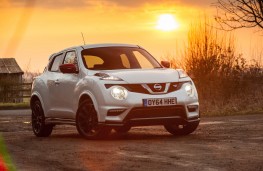 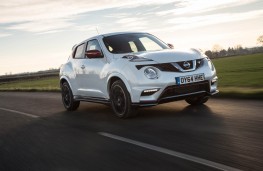 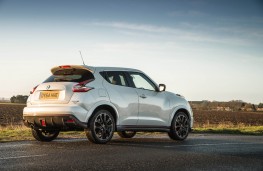 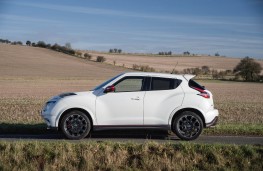 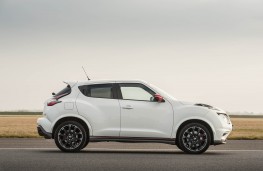 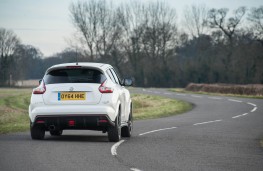 THERE'S little doubting that the unconventional, quirky styling of the Nissan Juke means most people can easily identify it.

But what seems to have escaped a lot of people's notice is that as well as the regular Juke there is a "go faster" model in the shape of the Nismo RS - and it‘s a stormer.

At first glance the difference between the two is not immediately obvious.

It's a bit like the difference between a MINI and a MINI Cooper S, but as with that car unless you know what you are looking for you won't necessarily spot the distinguishing features.

Look closely at the new sporty Juke model, however, and you will see the words Nismo RS on the grille and on the boot, not to mention deep side skirts, 18-inch Nismo alloy wheels with red brake callipers and a big bore sports exhaust.

Glance inside and any doubts you might have had that this is car is meant for speed will instantly disappear as you spot the racetrack-like Recaro sport bucket seats in black Alcantara and red leather, a £1,300 optional extra.

Push the starter button and all is confirmed as the beefy 1.6-litre, 218bhp engine - 18bhp more than the original Nismo RS model - bursts into life with a nice throaty roar, thanks to the special Nismo-tuned exhaust system.

As you would expect with that sort of power under the bonnet the suspension is firm - some would say hard - but it suit's the car perfectly ensuring that you stay glued to the road no matter how hard you push things.

It does mean that if there are a few potholes near where you live you will definitely notice them but that‘s a small price to pay for driving the Nismo RS.

It's one of those cars which really grows on you because it's so responsive in every gear. There's so much power that if you are too heavy with your right foot in first gear there is a dramatic torque steer affect.

Keep the power coming through the gears and you will hit 62 miles per hour in just seven seconds on the way to a top speed of 137mph.

To control all that power the brakes have been improved compared to the original model with larger discs on the front and ventilated ones on the rear.

If you love driving the Nismo RS is guaranteed to put a smile on your face.

The gears are a little notchy and getting into first can sometimes be a little firm but you soon get used to the car's characteristics.

Like all Juke models space for rear seat passengers is less you would guess from the outside but is definitely adequate.

Boot space is pretty good too with space above and below the boot floor, and following design changes the area has been boosted by 40 per cent.