Going too easy on

By Ian Johnson on 2018-04-09 - Ian has been a member of Driving Force since its inception. He began his career in journalism in 1962 on the Cheshire Observer and took over the paper's motoring column in 1966. Specialist areas include classic cars, product launches and automotive comment. 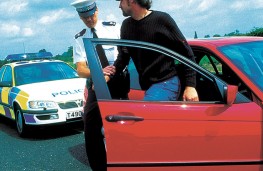 WE all thought the age of the car thief had been ended by the advent of modern vehicle security, but not so.

New analysis by Churchill Car Insurance reveals that there have been 7,405 prosecutions for the theft of a motor vehicle in England and Wales in five years (latest data available 2012 to 2016), an average of four prosecutions in court every single day.

Over the last five years, custodial sentences have been handed down in just 20 per cent of all trials, with the average length standing at 21 months. When a prison sentence was not awarded, the average fine issued was just £198.

The analysis also highlights an increase in trials of juveniles in car theft cases, with a 52 per cent rise in the number of under-18s prosecuted between 2012 and 2016.

Over the past five years, 14 per cent of all trials for theft involved juveniles.

The conviction rate of juveniles is slightly higher than the UK average, with around 54 per cent of all under-18 trials resulting in a successful prosecution, compared to 50 per cent across the entire population.

On a regional basis, London had the greatest number of charges for vehicle theft, where the Metropolitan Police reported a total of 1,490 cases between 2012 and 2016. This accounts for a fifth (20 per cent) of the English and Welsh national totals.

During this period, an average of six defendants were brought before a court in London for the theft of a vehicle every week.

Churchill's analysis of official data shows that between 2012 and 2016, nearly 380,000 vehicles were reported as stolen to police forces, the equivalent of 208 every day.

Additional analysis also reveals that more than half of vehicle thefts occur between the hours of midnight and 6am, with cars often taken from semi-private locations, such as driveways or garages not connected to the home or on the street.

In 40 per cent of cases the stolen vehicle is returned to the owner, though in two thirds (66 per cent) of these cases, damage was inflicted on the vehicle when it was stolen.

Steve Barrett, head of car insurance at Churchill, said:"Vehicle theft is one of the most prevalent crimes in the UK, accounting for over a fifth of all recorded vehicle offences. As well as being a harrowing experience, having your car stolen can be a huge inconvenience, with many people reliant on their cars on a daily basis. It is, therefore, concerning that so few custodial sentences are handed down for vehicle theft."

RENAULT has revealed the latest model in its line up - called the Arkana and...