By David Whinyates on 2018-04-18 - David is one of the UK’s most experienced motoring writers and was instrumental in setting up the Driving Force syndication service for Britain’s biggest regional newspaper group. Former Chief Motoring Editor of Trinity Mirror Regionals, he is Driving Force’s Consultant Motoring Editor and a director of Driving Force Media Ltd. 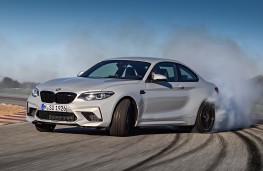 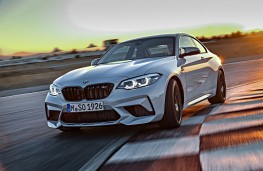 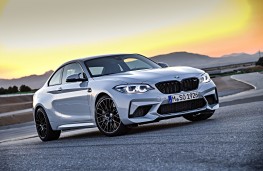 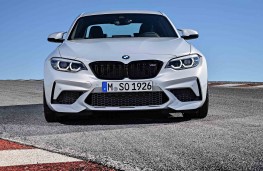 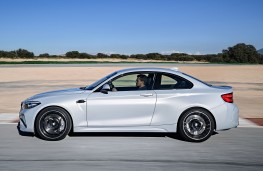 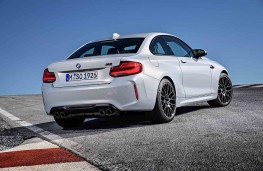 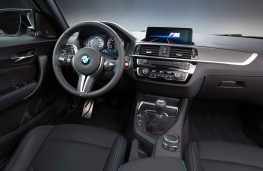 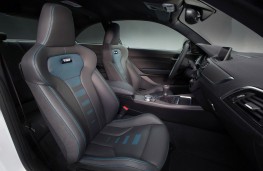 SUPERCAR performance for less than fifty grand? Sounds like an impossible dream, but BMW looks to have achieved that with a significantly revamped version of the M2 coupe.

The original M2 is no more, but in its place comes the M2 Competition which, with auto transmission, will blast from rest to 60mph in around four seconds and can max-out at up to 170mph.

The secret's in a new twin-turbocharged three litre, six-cylinder engine - a modified version of the engine used in the M3 and M4 - which pumps out 410bhp and a massive 550Nm of torque.

But those aren't the only changes. There's a new race-tested cooling system and a new dual-branch exhaust system with quadruple tailpipes. Changes have also been made to chassis tuning to improve stability and agility while braking and steering systems have also been upgraded.

The car comes as standard with a six-speed manual gearbox but the performance - and economy - figures are better with the optional double clutch auto. With the manual transmission, the 0-60 sprint takes a couple of milliseconds longer and combined MPG is lower at 28.5 compared with the auto's 30.7mpg.

Top speed is electronically limited to 155mph, but can be increased to 170mph with the optional competition-based M Driver's Package.

While there are some minor changes to the bodywork - most notably a new front skirt with massive air intakes either side and an enlarged BMW kidney grille - the M2 Competition is something of a stealth supercar, able to unleash breathtaking performance without looking over the top.

Inside there are perforated leather bucket seats, a redesigned instrument panel and a racing-style, red stop/start button. Park Distance Control is now fitted as standard as is BMW's Professional Navigation system and an iDrive Touch Controller which allows the driver to select various functions.

So this is no stripped-down pocket racer although, in typical BMW fashion, there's a long list of options including, oddly, many driver assistance and mobility systems such as lane departure and collision warning system which now come as standard on most high-end models.

Even so, with prices from £49,285 with manual transmission and around £2,600 more for the auto, this new M2 looks to pack more than enough punch to the Pound to make it a very desirable option for drivers who seek peak performance without undue palava.