By David Whinyates on 2018-04-19 - David is one of the UK’s most experienced motoring writers and was instrumental in setting up the Driving Force syndication service for Britain’s biggest regional newspaper group. Former Chief Motoring Editor of Trinity Mirror Regionals, he is Driving Force’s Consultant Motoring Editor and a director of Driving Force Media Ltd. 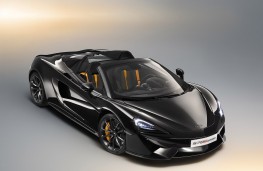 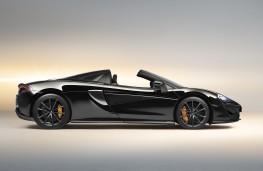 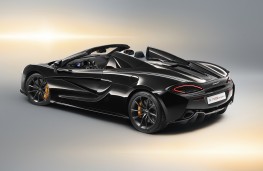 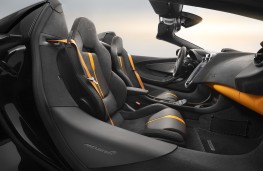 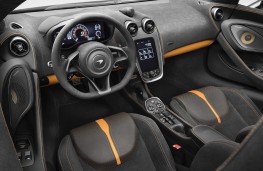 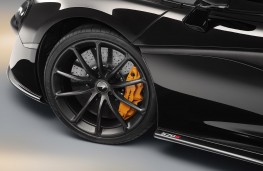 THERE'S always room for a special edition model in any maker's line-up even if the car your building is in supercar territory.

So, enter a range of new Design Editions for the acclaimed McLaren 570S Spider, created, says the sports car maker, to help well-heeled buyers to decide what to spend their hard-earned on and to offer them a greater choice than ever.

The Design Edition packages add between £8,100 and £10,700 to the recommended retail price of the McLaren 570S Spider, which starts at £164,750 but McLaren says that the extra cost offers a financial benefit over specifying the options separately.

They don't specify exactly what the savings are, however, although it's probably fair to say that if you're in the market for a 570S Spider you won't be getting your ready-reckoner out.

In all, five Design Editions are available to order now, each offering a different theme around signature McLaren colour and trim options.

According to McLaren's Automotive Design Director, Rob Melville:We have selected key exterior and interior colours and finishes that we believe showcase the 570S Spider in the most desirable way and are offering them as Design Editions that we as designers would choose."

Each of the five editions is based around a special body paint - Silica White, Storm Grey, Vermillion Red, Onyx Black or Vega Blue - with each matched to an interior scheme from the By McLaren Designer range - four of them sporting and one with a more luxury accent.

Wheel finish, brake caliper colour and branding and finish of the 570S Spider's electrically retractable two-piece hard-top are also all selected by McLaren designers to deliver the most visually balanced and pleasing result.

As with the Coup©, 570S Spider Design Edition buyers can select additional features above and beyond the Design Edition spec - such as carbon-fibre interior upgrades or exterior components - to further personalise their new purchase.