By Chris Russon on 2018-04-25 - The driving force behind Eurekar. Chris heads up a team of motoring correspondents under the Driving Force banner. Prior to Driving Force becoming independent in 2010 he was Chief Motoring Editor for Trinity Mirror Regional newspapers. Chris has been writing about cars for almost 40 years. 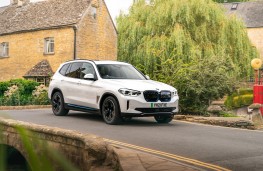 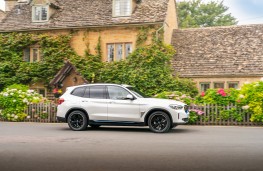 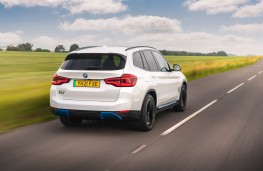 AN all-electric version of the BMW X3 has made its debut in concept form at the Beijing motor show in China as the German car maker reveals its first zero emission SUV.

Featuring the fifth generation of BMW's eDrive technology, the Concept iX3 will play a key role in the company's iNext plans to change the face of mobility.

Coupled to more powerful batteries, the new eDrive brings together the vehicle's electric motor, transmission and power electronics within a separate component and gives the Concept iX3 a range of almost 250 miles and a power output equivalent to 270 horsepower.

Fast charging can replenish the battery pack in just half an hour.

BMW also announced at Beijing that it would be integrating electric drive into more of its core models which will wear the i brand logo.

The Bavarian company already has the X5 iPerformance plug-in hybrid and the ActiveHybridX6 full hybrid models in its stable as well as the MINI CooperSECountryman ALL4.

The future will see the company's vehicles accommodating all types of front-wheel, rear-wheel and all-wheel drive paving the way for models from all of its brands to be equipped with different drive system variants enabling pure combustion engine, plug-in hybrid drive systems or battery-electric powertrains to be integrated into any model, as desired.

Identifying features of the BMW Concept iX3 include a closed-off BMW kidney grille with BMW i car graphic, BMW i Blue accents around the kidney, around the brand logo at the front and along the side skirts, and a diffuser element in the same colour integrated in the rear apron.

The concept study is also fitted with light-alloy wheels in an aerodynamically optimised design.