By Robin Roberts on 2018-04-27 - Has had with a career spent covering the automotive industry and particularly its Welsh component suppliers - he can not only tell you what goes where but possibly who made it fit. He has been a motoring journalist based in Wales for three decades. 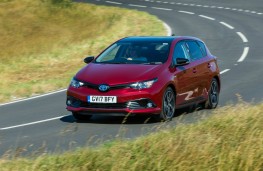 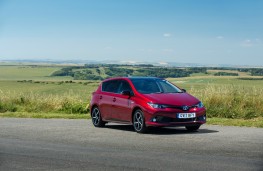 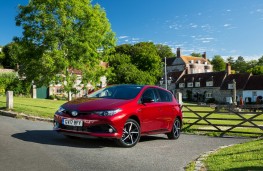 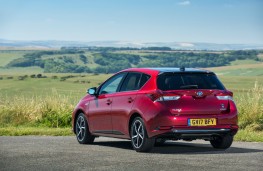 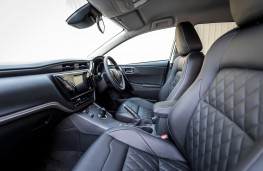 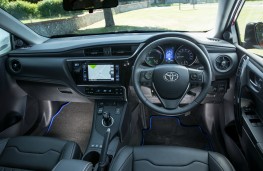 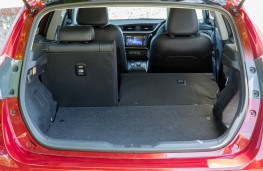 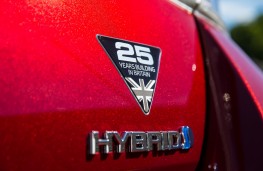 TOYOTA has a history in the UK and in the hybrid market that others are only just beginning to explore.

The Japanese car-maker began UK manufacturing 25 years ago with its Burnaston, Derby car plant and an engine plant on Deeside, on the Welsh border, a short distance from Chester.

It was also one of the pioneers in hybrid drive technology in 2000 matching an internal combustion engine with an electric powertrain in the Prius, and today its petrol engine for the hybrid is made in Britain as part of its normal production system.

To mark its 25 anniversary TMUK has produced the special edition Auris Hybrid five-door hatchback priced at £24,045, while prices for the 39 British-built Auris hatchback and estate model derivatives start at £16,655 rising to £26,905.

The Auris GB25 model as it's called uses a 1.8-litre, 134hp petrol-electric hybrid powertrain. Toyota just passed the 200,000 sales mark so it has immense experience and it shows in the family sized Auris GB25.

The hybrid accounts for over 70% of new Auris sales while the special edition GB25 hatchback has a distinctive bi-tone exterior paint finish, a contrasting black roof, front grille and door mirror casings with a choice of Tokyo Red, Pearl White or Aspen Grey bodywork.

There is also a "25 years building in Britain" badge, incorporating the Union flag on the body and it shares the latest styling changes which have slightly lengthened it for safety requirements, and it gets the latest LED running lights front and back but that's about it to visually identify it.

Inside changes include an improvement in quality with soft-touch grained materials for the dashboard with a more integrated design for the instruments. There is a stronger and sportier looking instrument binnacle with recessed speedometer and tachometer dials either side of a 4.2-inch TFT multi-information screen.

The Toyota Touch 2 multimedia system has a seven-inch touchscreen in the fascia panel, a six-speaker audio system with DAB radio, Bluetooth and rear-view camera but the simple sat-nav system is another £750.

The soundproofing has also been improved on the bulkhead and additional sealing added around the door areas to reduce road and wind noises entering the cabin.

The 1.8-litre engine and its accompanying 60KW electric motor with CVT gearbox push out over 130bhp and it's not punchy but practical with three modes for battery, economy and power as selected at the push of a button.

The seamless-changing CVT gearbox is not quick from standstill but it's very progressive as you would expect from its driveline, however it lets you know its working away by its noise level and this combined with the road rumbles and tyre noise are probably the most disappointing features of the Auris GB25.

Otherwise it does an excellent job with an indicated 52mpg overall recorded on test. You are not dependent on using a charging point as the Toyota Synergy Drive energy recovery system is very sophisticated and you just get in and drive without any range anxiety apart from refuelling at a petrol station.

In normal town driving the engine is quiet until stretched but on the motorway it's much more audible and maintaining the legal limit can result in a lot of mechanical thrashing and whirring from the system.

Access is good throughout and the boot reasonable while driver and passengers should be able to compromise to maximise rear seat legroom. Visibility is good, the lights bright for a winter's night and the wipers very effective.

Despite the road noise, the Auris GB25 actually soaked up bumps quite well despite bias towards firmness particularly around town, it handled safely and road holding never caused a moment's concern.

The steering was nicely weighted, the brakes slowed it progressively and the secondary controls were all well located and faultlessly worked.

I thought the heating and ventilation was good, the oddments room adequate and it was a genuine family car unless you had really tall rear-seat occupants. 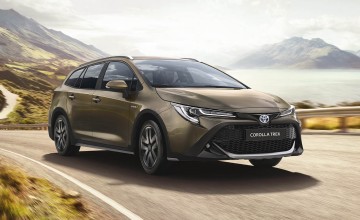 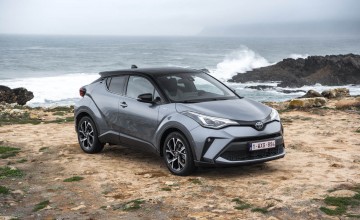