By Chris Russon on 2018-04-30 - The driving force behind Eurekar. Chris heads up a team of motoring correspondents under the Driving Force banner. Prior to Driving Force becoming independent in 2010 he was Chief Motoring Editor for Trinity Mirror Regional newspapers. Chris has been writing about cars for almost 40 years. 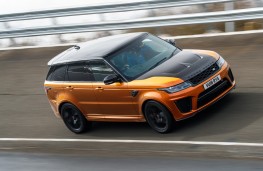 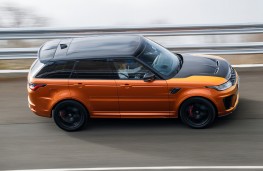 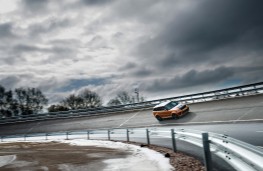 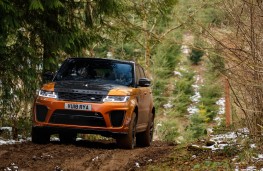 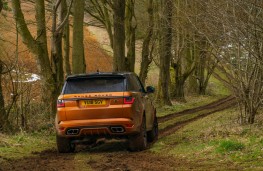 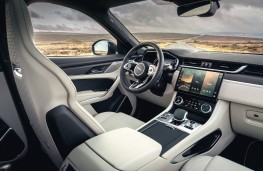 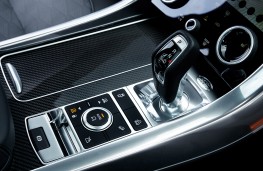 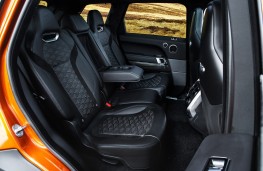 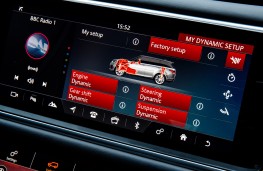 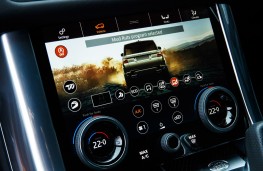 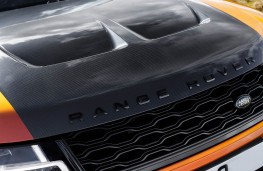 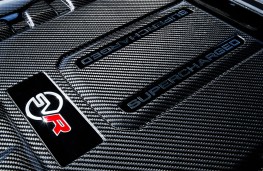 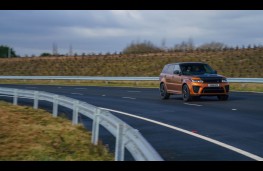 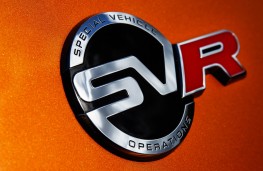 DRIVING the world's fastest Range Rover off road is an experience that's at the extremes of the automotive spectrum.

That's what you get when the engineers at Jaguar Land Rover's Special Vehicle Operations team are let loose on the Range Rover Sport.

Priced from a smidgen under £100,000, the Range Rover Sport SVR packs a 5.0-litre supercharged V8 under its carbon fibre bonnet developing no less than 575ps with an incredible 700Nm of torque that can take it all the way to a top speed of 176mph.

Not only is that good enough to endow the car with enough performance to match a supercar, it comes cloaked in the latest Range Rover refinements which include more striking looks, LED headlights that can pierce up to 500 metres ahead and a cockpit that is centred on two touchscreens making the Range Rover Sport totally connected.

Yet at its core is a bank of electronics that give the SVR peerless credentials should you venture off the beaten track.

We got to grips with the Range Rover Sport SVR on the road, on the track and in the mire and it is an awesome performer whatever the circumstances.

As the new flagship to the Range Rover Sport line up - at Â£99,680 it's some Â£40,000 more expensive than the entry level model - the SVR has the most powerful V8 engine so far created by JLR with 25 more horsepower than the previous iteration.

The SVO team has paid special attention to the underpinnings and uprated the air suspension and chassis to optimise roll rates and control the pitch of the vehicle.

The result is a car which demonstrates a remarkable degree of composure when pushed to the limits - cornering at 80mph on the JLR test track at Fen End in Warwickshire.

In a full power blast it can reach 150mph in less than a mile such is the venom and while you can expect to be pushing single figures when it comes to fuel economy, overall low 20s is easily possible out on the road.

Officially the Range Rover Sport SVR is rated at 22.1mpg with emissions of 294g/km but off road the thirst grows as it goes through its paces in the mud.

Nevertheless, it is an awesome performer and has just the same credentials as any other Range Rover Sport. That means a wading depth of 850mm and an unbraked towing limit of 750kg. Braked trailers of up to 3.0-tonnes can be pulled.

Seldom has there been a car that possesses such all round ability and that's testimony to the expertise of its engineers.

As well as items such as a head-up display, Land Rover's Activity Key wristband and SVR-branded kickplates, the seats are of special construction and deliver a 30kg weight saving despite their 24 way operation and being set up to heat, cool or massage.

That's on top of regular Range Rover refinements such as perforated Windsor leather trim and accoutrements which shout out exclusivity.

The car we sampled came with an optional exposed carbon bonnet which, with large air vents and added carbon detail at the front, set the car off in no uncertain fashion.

It is a mighty machine and worthy in every way of its flagship status. 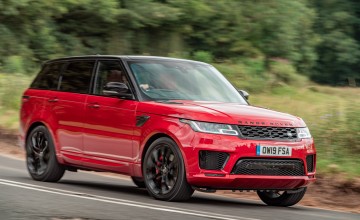 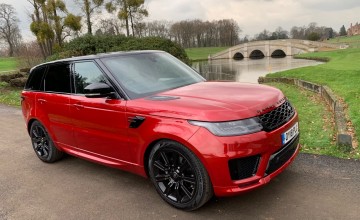 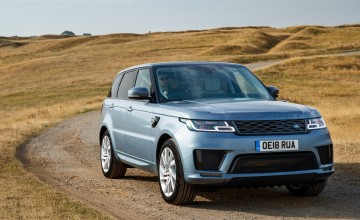 LAND Rover is pushing ahead with its electrification programme with the launch...