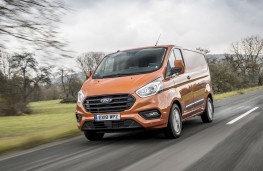 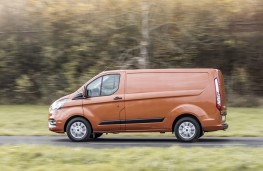 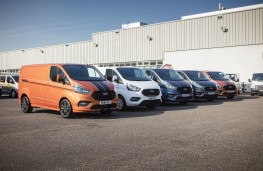 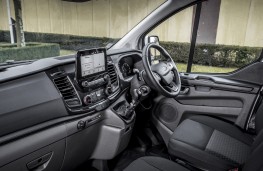 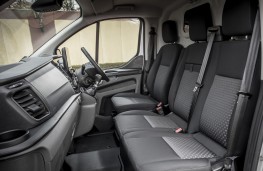 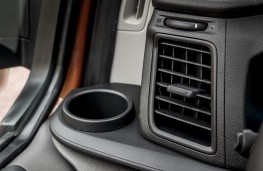 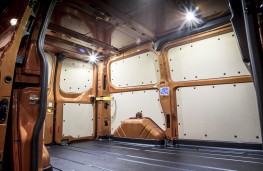 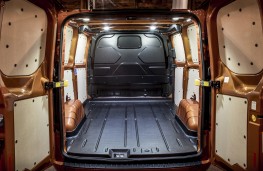 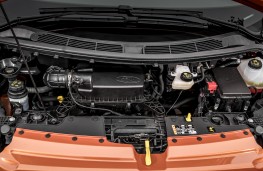 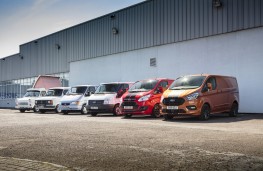 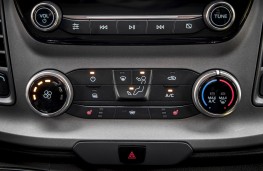 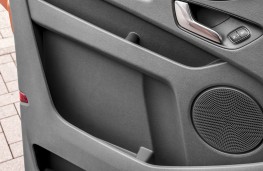 THE infamous ‘white van man' will never have had it so good with the arrival of the new Ford Transit Custom vans that offers car-like home comforts equivalent to driving the latest Ford Fiesta hatchback.

Even Ford's design chief Chris Hamilton admits as much saying they've taken the basic dashboard from the latest Fiesta and other features to give Transit Custom drivers a better and all round improved working environment.

"They spend hours a day driving and need more comforts and the latest driving aids to carry out their work and we believe we have again raised the game in this van sector in doing this," he explained to me.

"The vans also have better standard levels of equipment with far more storage places in the cab, are much quieter to drive yet retain those two crucial elements of any everyday working can - durability and capability."

Sitting in the driver's seat of the Transit Custom Trend long-wheelbase van driven here and you could be forgiven for thinking you were in the latest Fiesta because the dashboard, controls and steering wheel stalks are practically the same with the only difference being the higher up driver's seat position.

Ford claim there are an extra 25 litres of storage space in and around the dashboard and there are both cup and bottle holders galore while under the front two passengers seats there's even more secure, secret storage space for say a laptop computer.

This new Transit Custom with its one-tonne payload, which is the mid-sized van in all the Ford Transit range, also looks smarter particularly at the front with changes that includes a new corporate nose (again taken from the latest Fiesta), more aerodynamic lights (LED daytime lights are now standard) and there's more standard safety features on board like electronic stability system, traction control, emergency brake assist and load adaptive control.

This new Transit Custom is available as a three-seater single cab or a double cab with a second row of seats behind plus there's a nine-seater Kombi mini bus version.

Available in either short or long wheelbase there's four trim levels starting with the Base, then the Trend, Limited and finally the Sport which naturally has racy looks with its body stripes, sports seats and larger alloy wheels.

All share the same latest Ford two-litre 2.0-litre EcoBlue diesel engine with a choice of three outputs - 104bhp, 128bhp and 168bhp - but next year Ford will add for the first time a plug-in PHEV hybrid combined with the award-winning one-litre Ford Ecoboost petrol engine.

Ford engineers claim this latest two-litre diesel, which clearly is a vast improvement over the previous 2.2-litre TDC in the old Transit range, offers a 13% improvement in fuel economy and offers 20% more low down torque.

Crucially for hardened fleet operators Ford bosses say tests on this new engine would save operators the best part of £1,250 a year on running costs while standard on all Transit Custom models is a six-speed manual gearbox. There is the option of a six-speed automatic gearbox on the more powerful versions.

At the end of the day vans are all about load carrying capacity and the Transit Custom beats other rivals in this respect with the short wheelbase and long wheelbase having 6.0 and 6.8 cubic metres of load volume respectively, enough to cope with carrying three Europallets, while naturally the bigger volumed high roof models provide 8.3 cubic metres of space and all have rubber load floor liners for protection.

Driving the Trend LWB with the smallest of the diesel engines available - the 104bhp - and it's easy to see what strides Ford (and in fairness their rivals) have made in recent times to make vans so much easier and yes, enjoyable to drive.

This Trend model, which comes in at £27,024, was remarkably agile with good handling, even around twisty Essex country lanes, while quite effortless cruising out at motorway speeds where it returned an average of 42.2mpg on test (with no load on board) which compared to the official 46mpg combined.

The driver's seat with its eight-way adjustable height and steering wheel rake and reach means it will suit the size of any adult driver in comfort and the good all round visibility for such a van is enhanced by a sensible secondary blind spot lense fitted to both wing mirrors.

This enables the driver to have a wide angled view of the side and partially behind when either overtaking or reversing into loading bays.

The Trend comes well equipped too with in addition to the now higher standard level of equipment such features as front fog lamps, heated folding electric wing mirrors, rain-sensing wipers and a leather covered steering wheel.

It's easy to see why the Ford Transit has remain king of the van world for so many years and this latest Custom series only emphasises that many rivals are again still trying to play catch up - this Transit is the most car-like to drive ever.

FORD has announced upgrades for its SâMax sports activity vehicle and Galaxy... 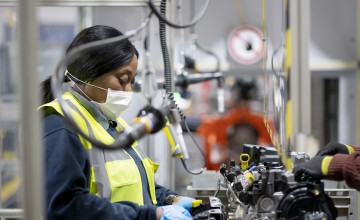 Electric future for next Ford Transit

THE next generation Ford Transit Custom range will include an all-electric...