By Chris Russon on 2018-05-09 - The driving force behind Eurekar. Chris heads up a team of motoring correspondents under the Driving Force banner. Prior to Driving Force becoming independent in 2010 he was Chief Motoring Editor for Trinity Mirror Regional newspapers. Chris has been writing about cars for almost 40 years. 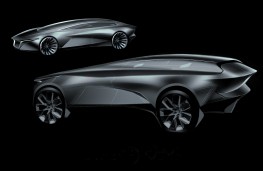 LAGONDA has confirmed its comeback by announcing it will be producing the world's first zero emission luxury SUV by 2021.

After showing its Vision Concept at the Geneva Motor Show earlier in the year the brand, part of Aston Martin, has confirmed its first production model.

It says the Lagonda SUV will be the first luxury SUV exclusively driven by emission-free powertrain technologies and will be built around near-future technologies, such as its advanced Battery Electric drivetrain, making it an ultra-stylish, supremely luxurious, fully electric vehicle.

"In reviving one of the most iconic names in motoring we have created a unique opportunity," said Aston Martin president and chief executive officer, Dr Andy Palmer.

He added: "The Lagonda SUV is the first of its kind: a spacious, high-performance 4x4 that successfully reconciles a love of technology, luxury and style."

Promising to retain much of the style of the Vision Concept, the new SUV is being described as a trailblazer for future vehicles.

"Lagonda is a luxury brand, but it is also one rooted in technology," said Marek Reichmann, Aston Martin's chief creative officer. "It will be like no other SUV to drive, so its looks have to reflect that new reality and to serve as pathfinder to a future in which the most desirable and prestigious automobiles still have a place." 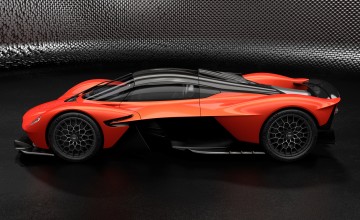