By David Whinyates on 2018-05-11 - David is one of the UK’s most experienced motoring writers and was instrumental in setting up the Driving Force syndication service for Britain’s biggest regional newspaper group. Former Chief Motoring Editor of Trinity Mirror Regionals, he is Driving Force’s Consultant Motoring Editor and a director of Driving Force Media Ltd. 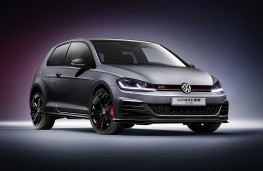 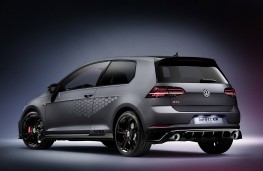 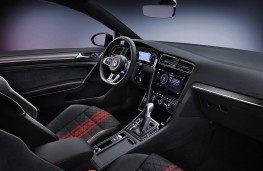 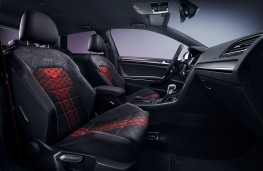 THE fastest road going version of Volkswagen's current Golf GTI, first revealed as a concept, will become a production reality at the end of this year.

The 290bhp Golf GTI TCR was revealed as a prototype at the world's biggest annual gathering of Golf GTI owners in Germany, but VW's sales chief Jurgen Stackmann promised fans of the iconic breed: "At the moment the Golf GTI TCR concept is a study. But at the end of the year, we want to make this GTI vision come true."

The production version will have an electronically limited top speed of 155mph, but this can be increased to 164mph by opting to remove the electronic Vmax limiter, making this Golf the fastest GTI of the current model range and the fastest Volkswagen licensed for use on public roads.

Power from the turbocharged engine is transmitted to the front wheels via a seven-speed dual-clutch gearbox (DSG) and a locking differential.. Maximum torque of 370 Nm is available from just 1,600 rpm.

Developed from the two-times overall winner of the international TCR race series, the TCR will sit on 18-inch forged wheels with 19-inch alloys available as an option. A high performance braking system with perforated discs will provide stopping power to match the performance and two extra radiators are fitted to ensure sufficient cooling.

Options will include a performance package which includes an even more dynamic sports chassis with adaptive chassis control.

The TCR will stand out from the GTI crowd with a newly designed front bumper which incorporates a sharply contoured splitter. At the back there's a rear diffuser housing twin tailpipes. On the inside, premium sport seats with contrasting red centre panels feature microfibre/fabric covers while microfibre is also used on the door inserts and gear stick cover.