Vehicle fraud on the

By Chris Russon on 2018-05-15 - The driving force behind Eurekar. Chris heads up a team of motoring correspondents under the Driving Force banner. Prior to Driving Force becoming independent in 2010 he was Chief Motoring Editor for Trinity Mirror Regional newspapers. Chris has been writing about cars for almost 40 years. 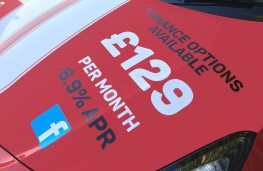 CAR buyers are being warned to make sure there is no outstanding finance on their new vehicle after figures showed a sharp rise in vehicle fraud.

The number of cars sold with outstanding finance has risen to one in three from one in four last year, according to new findings from automotive data experts HPI.

HPI calculates that based on the number of finance ‘flags' raised in 2017 over six million used cars were identified or ‘flagged' as still having finance owing on them.

Fraudulent activity only takes place if the vendor tries to sell the vehicle with existing finance still owed, without letting the buyer know.

Due the rise in popularity of PCP agreements over the past few years, more than three-quarters of new car sales to private owners are through finance.

Commenting on the increase in used cars being identified as already on finance, Fernando Garcia, consumer director at HPI said: "Buying a car with outstanding finance can land the unwitting buyer in trouble as most finance agreements or loans will grant the lender ownership of the vehicle until the debt has been paid.

"The debt stays with the vehicle not the borrower. Even if a buyer bought the vehicle in good faith, if the finance hasn't been settled then the lender could repossess the vehicle, meaning you could lose the car and the money you paid."

Mr Garcia added: "The first thing any used car buyer must do is ascertain whether the potential purchase is actually paid for. It's impossible to tell if a vehicle has outstanding finance just by looking at it, which makes a vehicle history check an even more vital form of protection for buyers."