Call for action on

By David Whinyates on 2018-05-17 - David is one of the UK’s most experienced motoring writers and was instrumental in setting up the Driving Force syndication service for Britain’s biggest regional newspaper group. Former Chief Motoring Editor of Trinity Mirror Regionals, he is Driving Force’s Consultant Motoring Editor and a director of Driving Force Media Ltd. 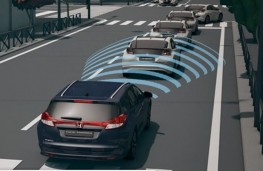 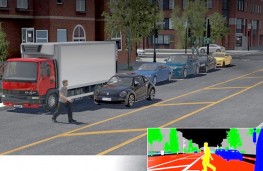 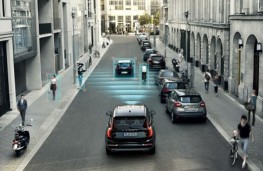 BRITAIN'S leading crash research organisation has called on the Government to act on making Autonomous Emergency Braking (AEB) mandatory on all new cars and vans following the announcement of new road safety proposals by the European Commission.

Thatcham Research is just one of a long line of safety organisations, including IAM RoadSmart, RoSPA and Euro NCAP, which have been calling for legislation to make the fitting of the potentially life- saving emergency braking technology compulsory.

Now, the EU looks set to meet the demands following the long-awaited publication of proposals which, if approved by member states, could be introduced from 2020 onwards.

The proposals would update the so-called EU General Safety Regulation (GSR) which has not been changed for ten years. They would include the compulsory fitting to new cars of the latest autonomous safety systems such as advanced emergency braking, speed assistance and lane-keeping systems.

Thatcham says the proposals are some of the most significant in the past decade and has called on the UK Government and car makers not to stall on making Autonomous Emergency Braking (AEB) mandatory on all cars and vans.

Matthew Avery, director of research at Thatcham Research, comments: "Just as seatbelts are a legal requirement on all cars and vans, AEB should be as well.

"We have campaigned for many years for it to be standard on all vehicles, and with the latest AEB systems now capable of identifying pedestrians and cyclists, there is an opportunity for the UK Government to address the growing number of cyclist and pedestrian fatalities.

"We would hope that no blockers are put in the way by carmakers or parliamentarians around making these technologies mandatory on all UK cars and vans as soon as possible."

According to Thatcham Research, cars fitted with AEB have are 38 per cent less likely to be involved in real-world rear-end crashes. Thatcham has calculated that the system has the potential to save 1,100 lives and more than 120,000 casualties over the next 10 years.

In the UK only 30 per cent of cars on sale have AEB as standard, as it is mostly offered as an optional extra.

More worrying says Thatcham Research, is the fact that of the top 10 best-selling UK car brands in 2017, only one - Land Rover - had 100 per cent fitment across its model range while, significantly, the top two car brands -Ford and Vauxhall - had only 7 per cent and 14 per cent fitment respectively across their entire car ranges.