By David Whinyates on 2018-06-05 - David is one of the UK’s most experienced motoring writers and was instrumental in setting up the Driving Force syndication service for Britain’s biggest regional newspaper group. Former Chief Motoring Editor of Trinity Mirror Regionals, he is Driving Force’s Consultant Motoring Editor and a director of Driving Force Media Ltd. 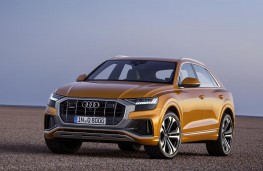 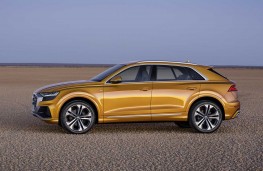 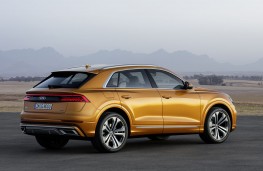 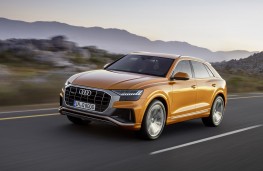 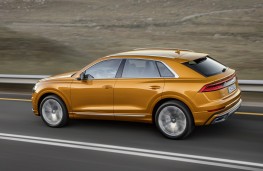 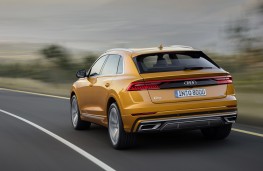 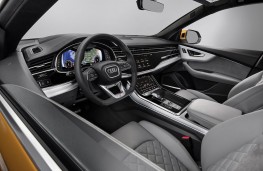 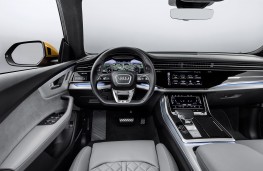 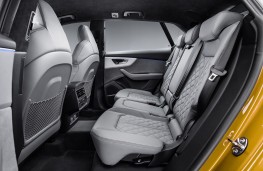 Unveiled in China, but set to be available in the UK very soon and costing around £65,000, the all-new Q8 combines its sporty new front-end design with the elegance of a four-door luxury coupé and the versatility of a large SUV.

It's Audi's answer to the likes of the BMW X6, Mercedes GLE and Range Rover Sport and, considering it's the company's first foray into the burgeoning Coupe-cum-SUV market, it looks the business and more than able to do battle with its longer-established rivals.

It's based on the Q7, albeit a little shorter and wider, and remains faithful to the dramatic styling of the original Q8 Sport concept first revealed at the 2017 Geneva Motor Show.

While it undoubtedly wins in the style stakes, this new Audi can certainly hold its own in terms of practicality with seats for five in a generously proportioned interior and a luggage compartment which holds 605 litres as a standard and can be increased to 1,755 litres with the rear backrests folded down.

The Q8 is expected in the showrooms in July and will come with a plethora of state-of-the-art drive and suspension technologies plus a long menu of intelligent assistance systems - including one that will even auto-park the car plus a trailer.

Initially, the Q8 will be available with a 282bhp. three-litre turbodiesel engine paired with a mild hybrid system and permanent quattro all-wheel drive with an eight-speed tiprtronic auto transmission. It will accelerate from 0 to 62mph in 6.3 seconds on its way to a top speed of 144mph.

A smaller three-litre diesel with 227bhp and a 335bhp, three-litre petrol-engined version will follow early next year. 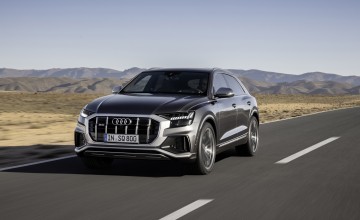 AUDI is about to give its flagship Q8 SUV the S treatment by fitting the car... 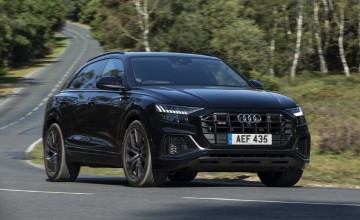