By Enda Mullen on 2018-06-09 - Enda is a business reporter for the Coventry Telegraph and is also the motoring editor for the Solihull News. He covers the Midlands automotive industry and in particular Jaguar Land Rover and Aston Martin product launches. He is a renowned automotive commentator. 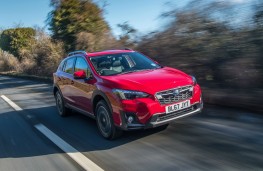 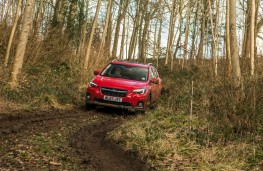 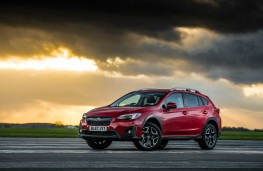 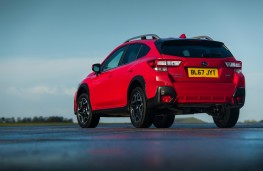 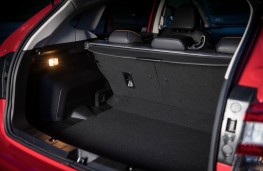 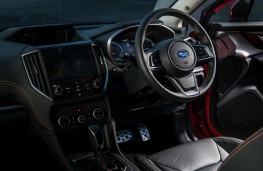 SUBARUS have always appealed to a curious mix of buyers in the UK - everything from boy racers to the country set and somewhere in between those people who regularly tow large objects like boats, caravans and horseboxes.

Despite the marque's acknowledged reputation for engineering excellence and four-wheel drive prowess the Subaru brand has never quite taken off this side of the Atlantic in the same way it has in the US.

From a personal perspective it's always been a marque I've had a fondness for and characteristics like capability and ruggedness underpinned by a simple sense of style have enduring appeal.

While it's unlikely Subaru sales are going to soar imminently in the UK its new XV should find some favour in the fast-growing crossover market.

Unlike Subaru's more boxy estates and SUVs the XV is very much in the curvy crossover category, rather like an elevated large hatchback.

It's certainly curvier and styled a little more dynamically than its predecessor, launched in 2012, though the overall design blueprint is essentially the same.

Differences include more chrome, a more steeply raked windscreen and a lower roofline to the rear which imbues it with more of a coupe kind of look.

The latest XV is also larger in pretty much every respect, the main benefit being a roomier cabin.

It's based on Subaru's new global platform, which represents a hefty investment and promises increased stiffness and improved handling.

On the inside the XV has an open and well-appointed cabin. I notched-up quite a few miles in it - many on the motorway - and it's certainly a comfortable place to be from a driver's perspective, particularly on a long journey.

As far as switchgear and instrumentation are concerned they still have that rugged and utilitarian Subaru look and feel but everything is very intuitive and easy to use.

The new eight-inch touchscreen is impressive and though it might lack the sophistication of the kind of technology found in many of its rivals, it actually seems rather modern and with-it for a Subaru. Android Auto and Apple CarPlay compatibility is another new addition.

Perhaps surprisingly there's no diesel engine option for the XV this time round, just a choice of two Boxer petrol units (1.6-litre and 2.0-litre).

There's also no manual gearbox available and both engines are mated to a continuously variable transmission (CVT).

Normally the absence of a diesel might be a cause for concern but given the ongoing diesel backlash this might not work to Subaru's disadvantage.

As one might expect both are smooth units but no turbocharging means neither are particularly potent.

That said I found the 2.0-litre unit in this car to be a capable performer overall and while it won't make for B road cornering thrills it felt very at home cruising on the motorway and the adaptive cruise control did much to enhance the long distance driving experience.

Should you wish to take the XV off-road it would put many rival crossovers to shame.

The latest X-Mode symmetrical all-wheel drive technology is now fitted to the XV and it also has the kind of ground clearance (22cm) you'd find on many larger SUVs.

There are SE and SE Premium trim levels. While both are generously equipped if you want a built-in satellite navigation system you'll need to opt for SE Premium.