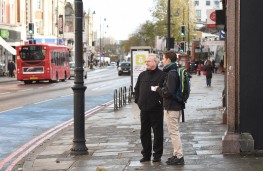 A new package of EU transport proposals that promise to revolutionise road safety has been welcomed by road safety experts at IAM RoadSmart - but the UK's biggest road safety charity has stated that a ‘huge opportunity' has been missed by not specifically including enhancements to driver training.

The Third Mobility Package has been put forward by the European Commission and includes proposals for new safety features to be fitted on all new cars being sold across the EU.

It has been suggested these changes could have as drastic an impact on road injuries and fatalities as the compulsory wearing of seat belts did.

Road traffic accidents remain the biggest killer of young people in the EU.

However, the announcement is not enough to make the changes happen instantly - the EU member states and European Parliament will need to give their backing to the plans.

The commission is proposing new initiatives for road safety as 23,500 people lost their lives on EU roads in 2017 and another 135,000 people were seriously injured. This means the EU's vision of halving road fatalities between 2010 and 2020 is now looking tough to achieve.

The commission has proposed a policy framework for 2021-2030 to respond to the new challenges in road safety based on the ‘Safe System' approach. This aims for a more forgiving road system, designed to protect people from death and serious injury.

Among the dozen features the EU is calling to have vehicles fitted with are advanced emergency braking for all new cars, drowsiness and attention detection for new cars, vans, trucks and buses and lane keeping assist on cars and vans.

Other measures include distraction recognition and prevention on all vehicles, accident data recorders and so-called intelligent speed assistance systems as well as improvements to seatbelts and the introduction of full-width frontal occupant protection crash tests

The EU Commission states that while these features would not increase the prices of new cars, society will benefit to the tune of 73 billion euros through lives saved and injuries avoided.

However, IAM RoadSmart is disappointed that the EU has not gone a step further and embedded driver training in its policy framework in a similar way.

Neil Greig, IAM RoadSmart director of policy and research, said: "The directive and measures suggested here are very welcome, but as we often say the key to accident prevention is to stop them happening in the first place - not minimising their effect once they have occurred.

"It would have been very useful to have worked into this directive a requirement for a graduated driving licence scheme that also includes a second phase of training post-test.

"New drivers are most at risk in the first six months of solo driving and many EU countries, including the UK, simply abandon them to learn from their own mistakes.

"Saving people's lives on the road cannot be left to the car alone. New technology brings many benefits but also requires new training approaches to ensure that those benefits are maximised. Safer cars require safer drivers as well as safer roads to ensure the system delivers the excellent targets set by the EU for a further 50% reduction in deaths by 2030."