By Chris Russon on 2018-06-15 - The driving force behind Eurekar. Chris heads up a team of motoring correspondents under the Driving Force banner. Prior to Driving Force becoming independent in 2010 he was Chief Motoring Editor for Trinity Mirror Regional newspapers. Chris has been writing about cars for almost 40 years. 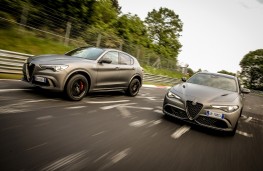 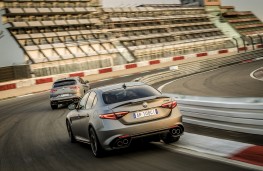 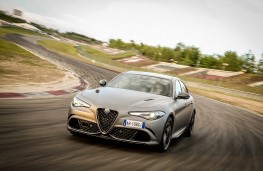 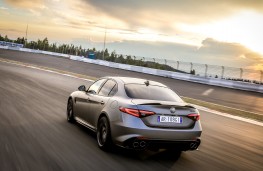 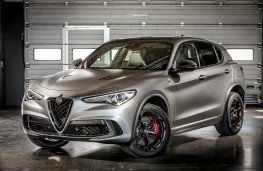 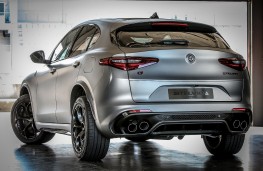 The Giulia model premieres a new bare carbon roof, while the Stelvio is equipped with an electrically operated panoramic sunroof.

The Stelvio Quadrifoglio is the first SUV in the Italian brand's history and holds the record for its segment, having completed the 20.832km of the Nordschleife in 7 minutes 51.7 seconds making it the fastest SUV to have lapped the famous circuit.

The Giulia Quadrifoglio has a lap time of 7 minutes 32 seconds, achieved thanks to its handling, top speed of 191mph and acceleration from zero to 62mph in 3.9 seconds.

Owners will be given a numbered 1:18 scale model of their car prior to delivery and upon collection they will receive a welcome kit comprising Sparco racing gloves and customised soft shell jacket, sports bag in the Alfa Romeo pattern, Quadrifoglio cuff-links and original footwear created by Car Shoe.

They will also be offered the chance to attends a sports driving technique course on the Nurburgring circuit in 2019.

Alfa's relationship with the track goes back to 1932 when Rudolf Caracciola, driving a Gran Premio Tipo B, won ahead of two other Alfa Romeos with Nuvolari and Borzacchini at the wheel.

The Stelvio Quadrifoglio NRING and Giulia Quadrifoglio NRING Nurburgring limited editions are set to make their UK debut this summer at the Goodwood Festival of Speed in July where pricing and availability for the UK will be confirmed.

ALFA ROMEO is celebrating its' return to Formula One with two very special,... 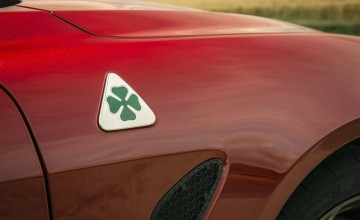 CHANGES are being made to Alfa Romeo's high performance Quadrifoglio pairing of...