By Robin Roberts on 2018-06-17 - Has had with a career spent covering the automotive industry and particularly its Welsh component suppliers - he can not only tell you what goes where but possibly who made it fit. He has been a motoring journalist based in Wales for three decades. 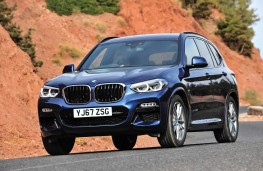 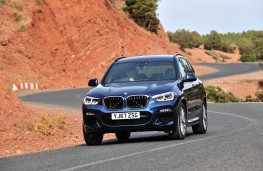 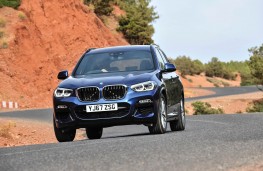 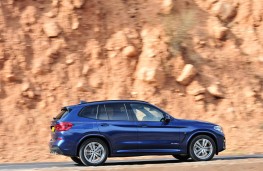 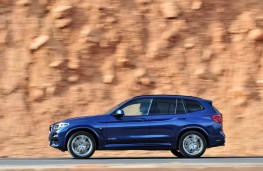 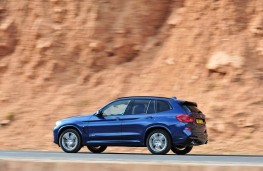 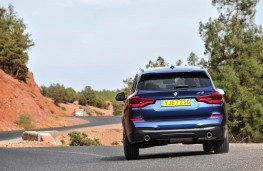 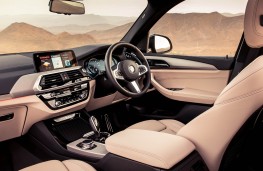 THE BMW X3 has history and enduring desirability on its side in the immensely popular SUV sector which shows no sign of contracting but continues to expand with newcomers from some surprising entrants.

Launched for the 2004 model year, the BMW X3 was one of the early sports activity vehicles and pitches against some worthy global rivals from its current manufacturing base in the United States. I think it's still the standard measure for comparisons, and rightly so.

The popularity of the X3 series has been created on a surprisingly small range of ten models in four trims from a little over £39,000 and currently rising to £51,675

This car is the very popular lower powered diesel and it came, as most BMW test cars do, with carefully chosen options which added 16.4 per cent, or £6,475 to the list price of £39,470.

We have come to expect the best from BMW powertrains and this 190ps 2.0d is no exception, with its eagerness, responses and utter sophistication and fuel-sipping nature matched by possibly the creamiest set of cogs you can find in an automatic transmission.

The power was plentiful and developed smoothly but this is no neck-snapping performance model so its time to 60mph is not particularly head-turning, but the way it gets there is. So smooth is the delivery you'd be surprised the way it covers ground and the autobox moves seamlessly up the eight ratios.

You have modes to select to improve performance but its really only marginal and there seemed little advantage in doing so unless preparing for a tight overtake. Then it would simply pick up its skirts and gallop along.

The sophistication of the system was matched by that of the responsive steering and powerful well-balanced brakes, the way it handled inspired confidence in its surefootedness and it had no vices on twisting roads.

It could be hard over some bad roads and you knew how it was coping by the noise from the suspension and tyres and overall the ride was firm not soft.

I found access was good with four decent sized doors opening to a five-seat only cabin, but there was a good amount of luggage room and plenty of oddments space throughout.

The seats were really comfortable, well shaped and supportive with plenty of adjustment on the front pair.

For the driver, BMW build a car which puts you very much in command, with everything coming to hand and in sight.

Secondary switches are big and clear, the instruments well lit and packed with information, backed up by a good sized infotainment screen.

Temperature controls for the interior were straightforward and the system worked well.

I liked the riding position of the BMW X3 as well with a low waist and deep windows, fairly thin roof pillars and very good lights, but in heavy rain I found the wipers struggled to cope on their fastest setting and I would like a larger interior mirror.

The room inside is good for four or five, with headroom particularly noteworthy, and the legroom is reasonable, even roomy if you have children in the back row. Noise levels were modest, with hardly any wind or mechanical source when cruising but the road rumbles were ever present.

While not quick, the performance was strong where it mattered and the long-legged gearing helped us towards almost 40mpg overall.