the track, a delight

By John Murdoch on 2018-06-22 - John is regional editor for Media Scotland's Lanarkshire and Lothian titles. Three times president of the Association of Scottish Motoring Writers he has been writing about cars for over 40 years. Recently awarded lifetime membership of the National Union of Journalists and was the subject of a motion in the Scottish Parliament congratulating him on his service to newspapers. 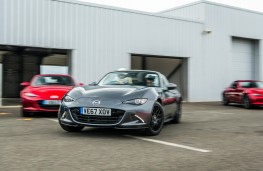 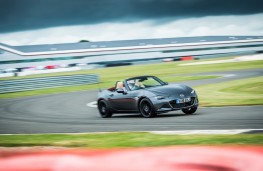 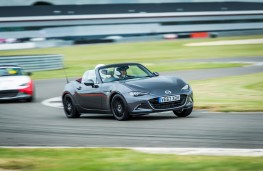 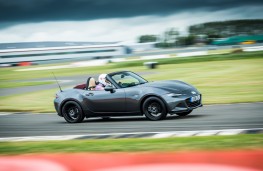 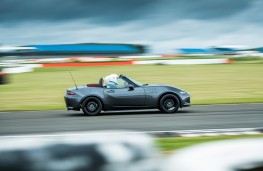 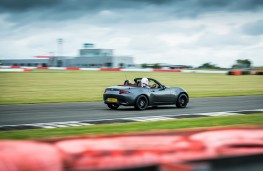 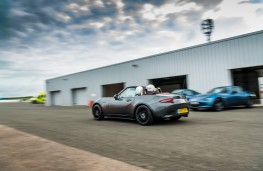 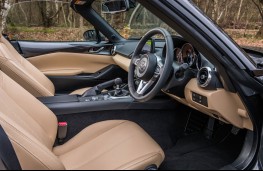 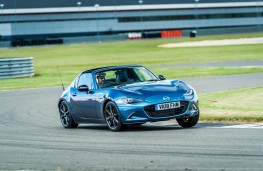 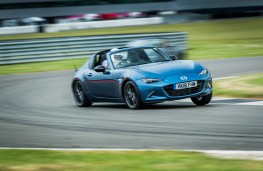 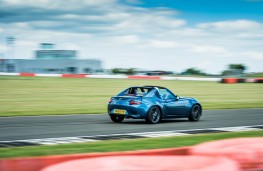 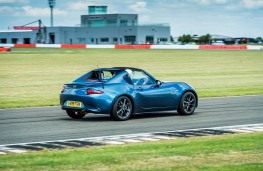 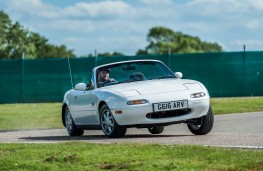 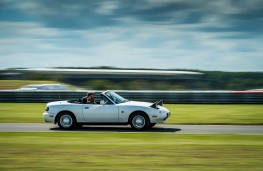 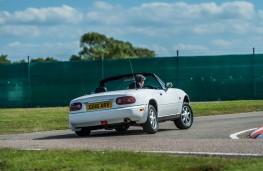 BACK in 1989 I drove the MazdaMX-5 for the first time and found it to be everything a roadster should be.

It was light, agile, sharp and huge fun and almost 30 years later it still has the ability to put a smile on my face.

Now in its fifth generation theMX-5 may not be as basic or as light as it once was - thanks to modern safety features and generous equipment - but it still entertains like nothing else can for the money.

I travelled toSilverstone to try out two of the latest limited edition models that Mazda UK has to offer on the Stowe track and on the twisting country roads that surround the famous circuit.

The first car I sampled was the Z-Sport version and only 300 of them are available for sale in this country.

Exclusive styling tweaks make the Z-Sport stand out from the crowd with its Machine Greymdetallicpaint and contrasting cherry red fabric roof. There is also 17-inch gloss black BBS alloy wheels to further enhance the appeal.

Inside, the car has a numbered Z-Sport plaque on the dashplusZ-Sport scuff plates and floor mats. The seats and dash are upholstered in nice sand coloured leather and this really gives the roadster a special feel.

The Z-Sport is based on the range-topping 2.0-litre SportNavmodel so that means you get 158bhp, a limited-slip differential andBilsteindampers to make driving fun and you also get all the standard equipment that comes with the car including heated seats, navigation and an excellent Bose sound system.

Following some revisions announced at the end of last year allMX-5s now have even sharper steering and improved rear suspension.

This 2.0-litre soft-top I think is the best combination for andMX-5 and although it may not be as fast as some hot hatchbacks it is unrivalled for fun. It takes 7.3 seconds to reach 62mph and is capable of over 130mph and has a claimed combined 40.9mpg figure.

Its four-cylinderfree revving engine provides a nice soundtrack with the roof down and the sweet gearshift has to be the best on the market. It may not have blistering power but its perfect 50:50 weight distribution more than makes up for that and nothing in the same money bracket corners as well as anMX-5.

On the track it handled superbly with 90mph achievable on the short straight before you had to hit the brakes for the next corner. Out on the road it was just as much fun and with the sun shining an ideal companion.

At t £25,610 the Z-Sport only costs a few hundred more pounds on the car it is based and I think it would be money well spent.

Some 500 Sport Black models are also currently available and this car is based on the RF SE-LNavmodel. This means that you get the hard-top folding roof - Retractable Fastback - and some extra equipment.

Don't be fooled by the Sport Blackname though because the car is finished in Eternal Blue Mica paint - only the rear spoiler, wheels and shark fin antenna are finished in black.

At £25,695 it is also very good value but I have to say that Iwould opt for the Z-Sport if given the choice.

Late in the day I also managed to get a shot in a Mark OneMX-5 with its pop-up headlights, 1.6 engine, five-speed gearbox and very little else. No power steering, air bags or toys in this car but it still felt great and I would have gladly taken it home.